By Tom Duggan on March 25, 2014Comments Off on Why I Support The Valley Patriot and Tom Duggan 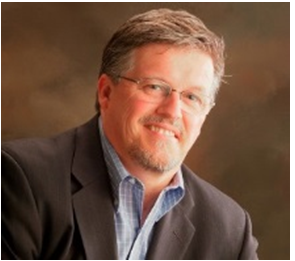 By: Al Getler, Former Publisher of The Eagle~Tribune
March, 2014

Tom Duggan has not exactly been kind to me over the years in his newspaper. Strangely enough, I defend Tom’s right to his opinions about me and anyone else he chooses to write about in The Valley Patriot.

One of the many things that make this country truly amazing is our First Amendment. This amendment to the Constitution of the United States of America gives Mr. Duggan the right to express his views however he sees fit. There were many times I wished he had kept those opinions to himself.

During my time as the publisher of The Eagle-Tribune, Tom saw me as his enemy. When I first arrived to the Merrimack Valley, he introduced me as a comedian hired to run the newspapers. Worse yet, Tom suggested; I was a comedian and a ventriloquist. He successfully conjured the notion that I would sit in my office and let the dummy make all the hard decisions. I wish it had been that easy. Even though I have been a performer since the age of 12, I know the difference between my day job and my night job.

The Eagle-Tribune has been an institution in this region in one form or another since the late 1800’s. The Rogers family saw to it that the Merrimack Valley had a strong voice and a strong community supporter in the operation of the newspaper throughout the 20th century. All three Irving Rogers, I through III, gave the Merrimack Valley a newspaper to be proud of with two Pulitzer Prizes awarded to the paper for doing what a daily newspaper does best; investigating and reporting the news.

Today, the newspaper industry has suffered from a difficult economy and a seismic shift in the way people consume their news. The Eagle-Tribune is read more now than ever before, yet its print circulation is the lowest is had been in many decades. This has caused your daily newspaper to become a shell of what it once was. I know because I had to downsize everything about the paper while modernizing its approach to reporting the news.

Soon The Eagle-Tribune and its sister papers in Gloucester, Newburyport and Salem will begin charging for the access to the online, app and digital versions of the newspaper. The ads announcing the impending paywall depict it has something good for the reader. The reader will not agree. Paying for what was once totally free will feel bad to readers.

No doubt, Tom will throw jabs at the paper for its paywall. That is his right. He is infamous for his bold opinions and for his criticism of the once 800 pound gorilla.

As you are reading Tom’s coverage of The Eagle-Tribune’s charging you for access to your local news, remember that the newspaper has to pay people to provide that coverage and make it all work. Out-of-towners or not, the present owners of The Eagle-Tribune are adapting to a different newspaper world. It is a move I have supported. No doubt the Rogers family would have also made the decision; only sooner.

So, do I dislike Tom Duggan? Of course not. I hardly know him. Does he like me? I don’t really know and frankly, I have never cared. I had a job to do under the protection of the First Amendment and so does Tom.

Tom has asked me to be a part of the 10th anniversary celebration of The Valley Patriot sand I have accepted. It may be the worst decision of my career, but I will take my chances. To me there is nothing that speaks louder than the mere act of supporting that everyone in this country is entitled to their opinion.

Sure, I liked it more when Tom was picking on someone else other than me, but I never really got all that worked up about what Tom had written about me and my time at The Eagle-Tribune. It was a part of the community discourse. He is entitled to his opinions.

Politics has become ‘us versus them’ (and even a third ‘them’ when you add in the Tea Party). Politicians and elected officials would rather adhere to party lines then resolve things logically. Our nation’s leader doesn’t even know how work with people who have a different opinion then that of his own; and that is a shame.

So, happy anniversary to The Valley Patriot and to you, Tom Duggan. Perhaps this small and symbolic gesture of my attending your anniversary celebration will, in some small way, show that two people with different opinions can celebrate a Free Press.

Of course, there is one thing Tom might not have completely thought through. He is handing me the microphone to say whatever I want. If I could cue the ominous and evil music and the thunder right now, I would.

Tom doesn’t need to worry though. I always take the high road. But I cannot guarantee that my little wooden friend will.

Al Getler is President and CEO of Ellie on Wheels Media, LLC and the host of “Lead or be Led – WebTV for Leaders”. Ellie on Wheels Media, LLC helps existing companies and start-ups build strong strategic direction and brand equity. They provide full media services to help brands succeed in social media, digital and traditional media marketing plan execution. Ellie on Wheels Media is a part of the Duct Tape Marketing Consultant Network and produces “Lead or be Led – Web TV for Leaders” with Gallo Productions, a web-based TV show about and for leaders. See www.LeadorbeLed.com Find out more at www.algetler.com and follow him on Twitter at @algetler.