The United States of Tyranny?

By Paul Murano, August 2012 Although the title of this column admittedly seems a bit alarmist, this nation is coming closer to this end. Two poignant events illustrate this, both occurring on the same day: August 1, 2012. Chick-Fil-A’s owner was asked a question and he answered it. He said he supports traditional marriage. On […]

By: Paul Murano – December, 2011 In the October 28th edition of the Boston Pilot, the Newspaper of the Archdiocese of Boston, Daniel Avila wrote a column entitled, “Some fundamental questions on same-sex attraction”. He was highly criticized, and both he and the newspaper apparently bowed to politically correct pressure and issued a public […]

Looking Back at the Priest Scandal

By: Paul Murano – January, 2011 The scandal within the Catholic Church was one of ignorance and evil. No question. It was the cause of much confusion and pain. But two evils do not make a good. The second evil I speak of is the mischaracterization communicated through the media about it. The facts seem […] 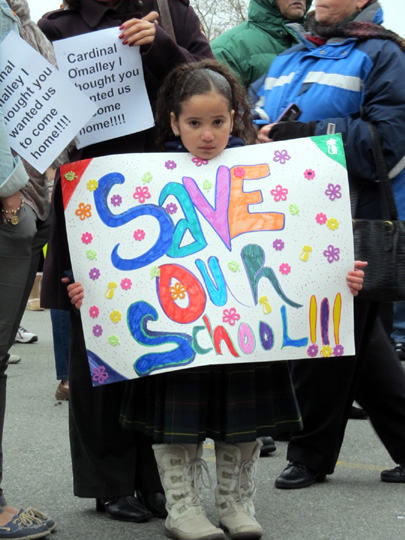 By: Kethleen LaPlante – December, 2010 That is what Christmas is about these days. Killing off and eliminating Baby Jesus from the Christmas season. It’s infanticide, of sorts. For example, Happy Holidays, Happy Hanukah and Season’s Greetings are okay, but Merry Christmas is out. Holiday Gathering and Tree Lighting Day are okay, but Christmas […]