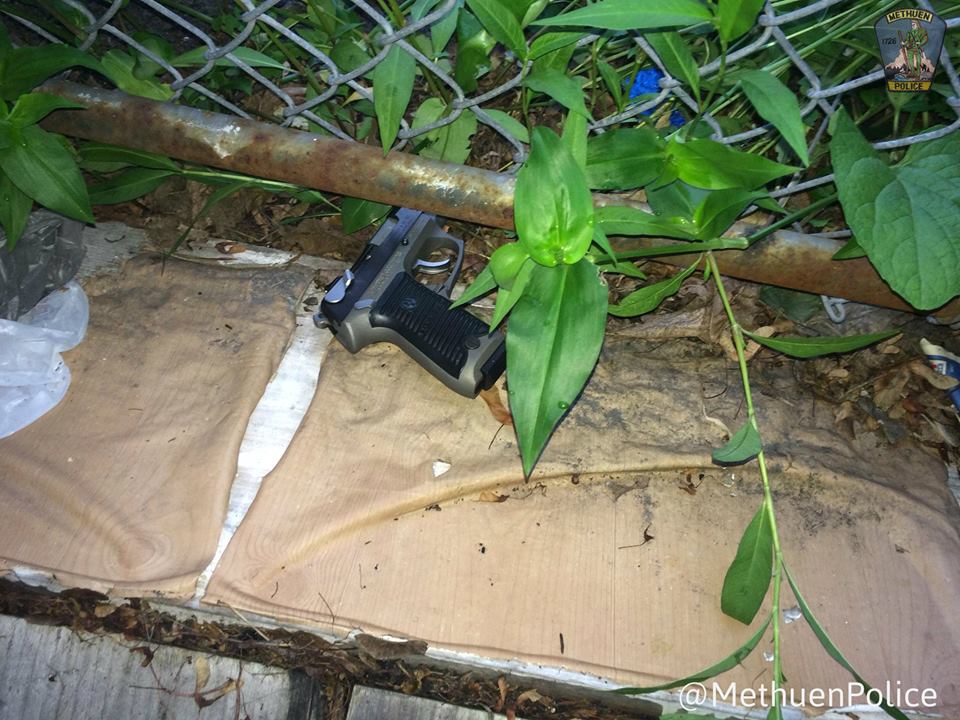 Methuen Police Chief Joe Solomon said it was just a matter of being in the right place at the right time. Just before 4AM Saturday morning, Methuen Sgt. Shawn Moore happened to be patrolling Lawrence St. when he saw three suspicious men near Methuen Liquors, who fled when they saw the officer. Sgt. Moore was […]