By Tom Duggan on February 18, 2014Comments Off on TAKE THE MONEY AND RUN – After Denying benefits to Sullivan Officials Lantigua Hands out Cash to Cronies 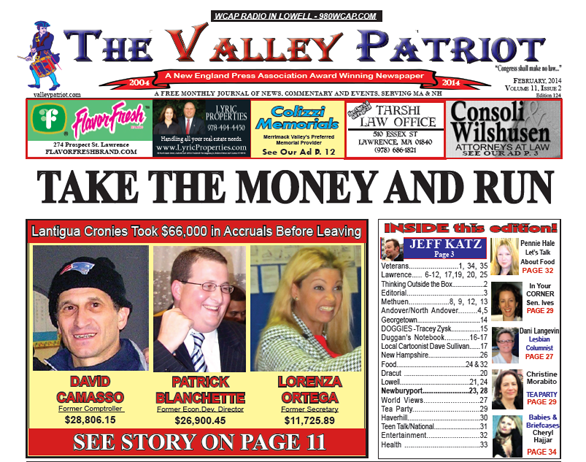 Four Lawrence city workers took home checks totaling more than $66,000 for unused sick and vacation time on their way out the door, as part of the defeated Lantigua administration. (See documents at bottom of page).

The City of Lawrence paid out $26,900.45 in unused sick and vacation time to City Councilor-turned Economic Development Director, Patrick Blanchette.

Part of Blanchette’s payout included $10,467.75 in accruals for his work in 2014, even though Blanchette was only on the payroll for three days in 2014. That includes New Years Day which was a paid holiday he was already compensated for.

Lantigua’s wife, Lorenza Ortega was paid $11,725.89 in accrued sick and vacation time after she was fired by Mayor Rivera from her $50,000 job as a confidential secretary in the personnel department.

Former City Comptroller David Camasso, who was fired by Mayor Rivera on his first day in office, made $66,000 per year and took home $28,806.15 in accruals.

Lawrence Mayor Dan Rivera said that he was not interested in engaging in the type of “pettiness” that went on during the Lantigua administration, referring to Lantigua’s refusal to pay then-outgoing Sullivan appointees like former Economic Development Director, Thomas Schiavone.

“As far as I am concerned the city got off easy,” Rivera told The Valley Patriot. “Lantigua is gone. He has been paid. His people have been paid what they are owed. We followed the law and the procedures. There are not going to be any lawsuits against the city because we did it right,” the mayor said.

Asked why former Economic Development Director Patrick Blanchette was paid $11,725.89 in accrued sick and vacation time for 2014, even though he was only on the payroll for three days, Rivera said he really had no choice.

“The fact is, because of the way the contracts were negotiated by previous mayors, all you have to do is work one day into a new year and you are vested. You get all your accruals for that year at 100%, which is why I was really surprised that Lantigua fought Tommy Schiavone for his accruals four years ago, and he still has not been paid four years later.

Schiavone was the Economic Development Director for the City of Lawrence under Mayors Dowling, Devers and Sullivan, but was fired by Lantigua in his first days in office. 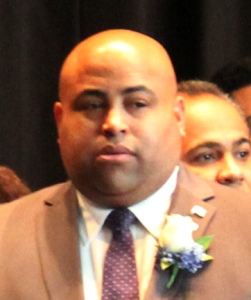 Mayor Rivera said he has instructed the attorneys handling the case as well as the city’s finance director to settle the case and pay Schiavone what he is owed.

“It shouldn’t be any different for my administration or any previous mayor,” the mayor said.

“The union contracts being what they are, say we have to pay accruals this way, but moving forward I am going to make sure the city is bargaining for better contracts so things like this come to a stop.”

“They don’t have access to collective bargaining and are employees at-will but they get all of the same benefits otherwise,” the mayor added.

“And the unions should be against this too,” he continued.

“From their end, this is money that could be going for other things like benefits or pay increases. It’s in their best interest to oppose these kinds of payouts.” 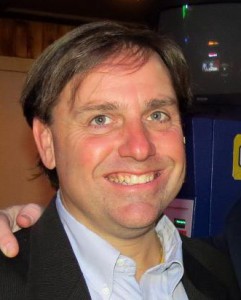 Lawrence City Councilor Marc Laplante said payouts to Blanchette and others are hypocritical, given how Lantigua treated outgoing Sullivan administration officials back in 2010.

“It just shows once again the double standard that was going on in the Lantigua administration,” Laplante said.

“When Lantigua came in the door, he didn’t want to pay workers from the previous administration. Yet, you have guys like Tommy Schiavone suing the city, still fighting for his money. When the shoe was on the other foot, Lantigua’s wife and their friends in City Hall all expected to be paid.”

“The same people arguing in court that the city doesn’t pay accruals, took those accruals when it was their time to cash out.”

“We really need to reform on this type of stuff, we can surely mimic what the state does. If you work for the state, there is a cap on the amount of time employees get for things like sick and vacation time when employment is severed.”

“You also do not get 100% of what you accrued either. It’s crazy the amounts of money people are walking out the door with. For sure, something needs to change,” Laplante concluded.

Mayor Lantigua’s wife, Lorenza Ortega, took home $11,725.89 in accruals, including $3,998.06 in furlough time she was forced to take during budget problems back to the Sullivan administration.

“In Lorenza’s case, there was a letter from Mayor Sullivan saying she was owed that time, so we paid it. I could spend my first year going over what happened in the last administration, but I just don’t think that’s productive. I paid her the furlough because Mike [Sullivan] gave her a letter saying she should be paid for previous furlough time. The good news is, we did everything by the numbers. We have a lot to get accomplished in this city, and I’m focused on moving forward.”

Rivera said that he wasn’t sure when the next contract negotiations were coming up, but assured The Valley Patriot when that happens he is going to address the issue. 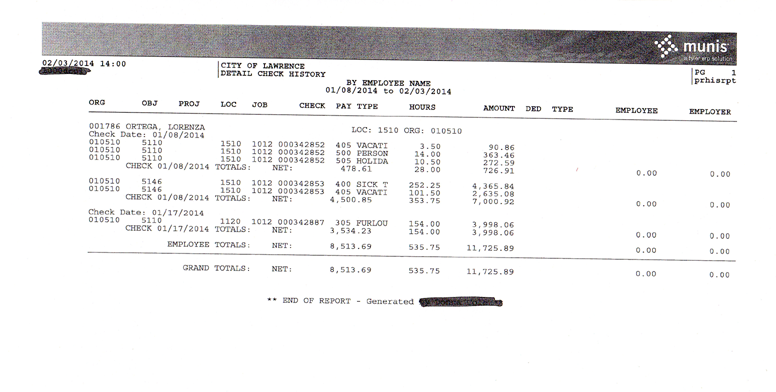 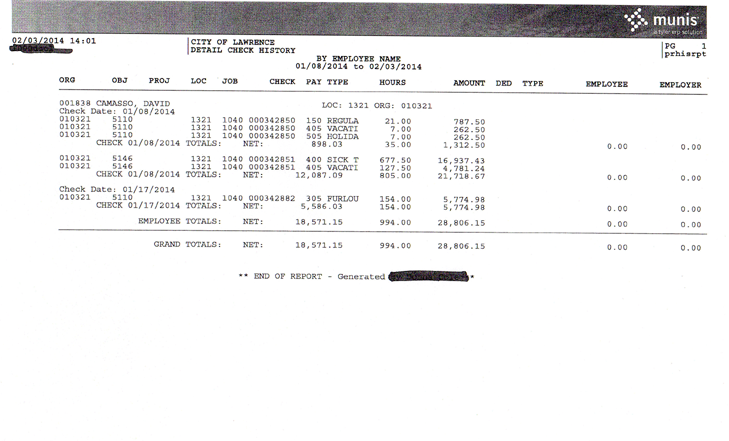 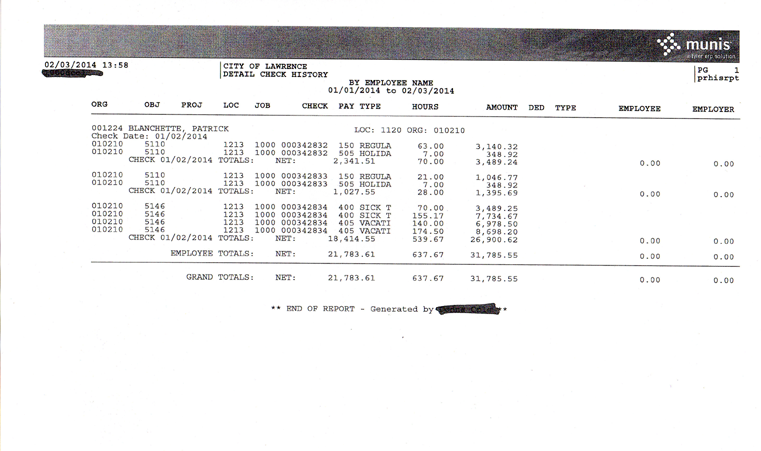 TAKE THE MONEY AND RUN – After Denying benefits to Sullivan Officials Lantigua Hands out Cash to Cronies added by Tom Duggan on February 18, 2014
View all posts by Tom Duggan →