By Paul Murano on September 20, 2015Comments Off on The Age of Insanity ~ BENEATH THE SURFACE with PAUL MURANO 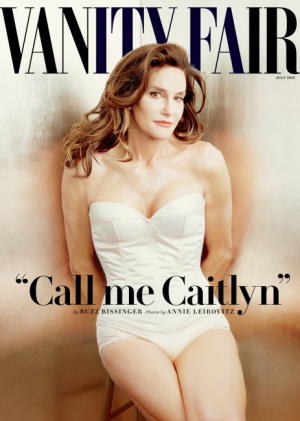 There is a curious phenomenon occurring in our time that is becoming more and more apparent. It is both fascinating and disturbing; bewildering yet ubiquitous. It is a phenomenon to behold, not because of its excellence but because of its bizarreness. Future psychologists will find it puzzling and future historians challenging – how there was an era in human history in which civilized man collectively chose to reject that which distinguishes him from all other animals: human reason. It will be known as the age of insanity.

From the time of Socrates, man’s use of reason was shown to be the crowning glory of his personhood. Reason by its nature seeks truth and meaning. It can discover human nature and natural law and is the bridge that enables people of different faiths and backgrounds to live together in peace. It distinguishes superstition from religion, magic from science, and desire from hope. Reason detects truth, meaning, and purpose, without which everything becomes simply opinion, bias or desire.

Yet, we are in an era that denies reason. We have decided to follow our senses rather than our mind. In other words, we have chosen to be more like animals than persons. This has resulted in a strange polarization of world views. By rejecting reason, we are left with two extremes: fideism and scientism, such as found in religious fundamentalism and secular humanism. Both extremes are devoid of reason. Both extremes lead to many false conclusions about life.

Indeed, that all-important middle ground between experience and faith, that “common sense” based on human reason, has been lost. On the one hand, religious fundamentalism denies what reason uncovers in the scientific realm. On the other hand, secular fundamentalism sees all thought that seeks truth and meaning as “religious” or dogmatic. It almost never fails, for example, when I discuss issues of basic right and wrong with people in an attempt to follow reason as part of a dialogue, I am invariably dismissed as proposing arbitrary religious doctrine. Even though nothing religious is mentioned at all, the very notion of seeking an objective truth today is seen as religious by the left. Such secular fundamentalism has become so pervasive in the media, academia, and now government, that it has become the default ideology of our time, making it virtually impossible to hold a reasonable dialogue or debate with anyone. The deep abyss between sensual experience and religious faith caused by the dearth of reason disables any common starting point. Without reason, all disagreement and debate becomes clashing wills and a power struggle rather than two sincere truth-seekers following reason together. ‘Might makes right’ is its logical conclusion.

How has this rejection of reason occurred? Why has dialogue become so futile? This is a big question. The basic answer rests in the denial of Truth. Reason is our natural light that rightly orders the many thoughts, ideas, and perceptions we have. If there is no real path or right order, if there is no objective truth to seek, human reason becomes useless and purposeless. If there is no ultimate objective standard by which the value of all things is judged, truth becomes meaningless and morality relative. From ancient times, pagans and theists alike sought this ultimate standard of truth, goodness, and beauty. Their hope made it possible to follow natural human reason and natural law without the supernatural aid of grace. Moderns, on the other hand, despite having known this Standard, have rejected it. Rejecting God means automatically rejecting reason. Without any hope of an ultimate standard of reality, all reality loses it meaning and order. Being “free” from Truth and Love Himself leads us inward to embrace our own disordered desires and appetites. It leads us redefine reality according our liking, rather than accepting what actually is. We will without reason, desire without truth. We have life without a reason to live.

In this age of insanity we now see videos in which innocent human beings are killed and dissected for their body parts, and the White House defends it. We see an ex-Olympian winning an ESPY award for wearing a dress and pretending he’s a woman, and we are all pressured to call him “her”. We are told by the Supreme Court that the natural foundation of society that unites the sexes into one-flesh creating offspring is equal sodomitic couplings.

When Reason Himself is rejected reality becomes chaos and morality, relative. We enter into an age of insanity at which historians will look back and shake their heads in disbelief.