By ValleyPatriot on November 1, 2013Comments Off on THE EMPTY CHAIR – (Exposing Addiction) Public Enemy #1 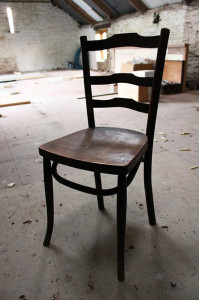 When it comes to drug addiction, who is public enemy #1? You might guess the drug dealer, or the one who introduced our kid to drugs, a so-called friend. Maybe it is the addict himself. The fault could be the easy access to obtain the drugs. If you guessed any of the above you would be wrong.

So who is the public enemy #1? I am, and all the other parents who continue to minimize the use of booze and weed with the kids in school. Many parents feel it’s no big deal when their kids experiment. The parent truly believes it’s just a stage kids go through and they will grow out of it. In a majority of kids, the parent is right. Sad to say, kids are starting to experiment at a very young age. The average age kids start to use is between the ages of 11 to 14. When kids are that young they really have no fears, and are more likely to progress to stronger drugs. When they reach the stage of opiates, there is no turning back. It has now become a physical addiction.

So. How did I become such an expert you might be asking yourself? It was easy; I made just about every mistake a parent could make. I made mistakes before my daughter became an addict, and continued to make mistakes after she became an addict. When I say I was public enemy #1, I mean they should have hung my picture in the post office.

My goal for this column is to make parents aware that addiction does not discriminate. It can happen to any one of our kids. When kids are young they make mistakes, and this is one mistake that could haunt them and us for a long time.

My purpose is not to put a ban on booze, or for that matter to try and nab weed. Parents have to be made aware that when kids start using booze and weed at a very early age that they are gateway drugs, and can lead to the use of hard drugs.

All I ask is for the parent to not minimize if they suspect their kids have started to experiment. Try and notice things that may be changing in your child’s behavior. Are his grades slipping? Are they hanging out with a different group of friends? Are they losing interest in other activities they use to participate in.

These and other changes you might notice do not mean your child is using, but it should send up a red flag.

Sometimes I think back to when my daughter was in school. I wonder if I would have had the knowledge then that I now have, maybe I could have prevented my daughter from a life of addiction.

In the near future, Methuen Supt. of Schools, Judy Scannel, is going to try and set up a forum where I can talk to a group of parents. My guess is it will be a very small turnout, but that’s o.k. If I can get through to the parents of one kid, and prevent them from the nightmare that I went through, I will consider it a great success.

I also belong to a support group for the loved ones of addicts called The Circle of Hope. They are a fantastic group of people who have become a very important part of my life. If you would like more information on the group or if you just want to talk about addiction, please give me a call at 978-557-9235.

My daughter and I also do a series of shows at M.C.T.V. The show is called The Empty Chair. We try to cover all the aspects of addiction and recovery. You can also find our show on YouTube by searching theemptychairshow (one word), or go to Facebook and check out our link: The Empty Chair

I do hope this article at least gets you thinking about a disease that claims over 100,000 lives a year.