By Tom Duggan on July 28, 2016Comments Off on The Truth About Narcan – Chief Talks Openly About Downsides of Narcan 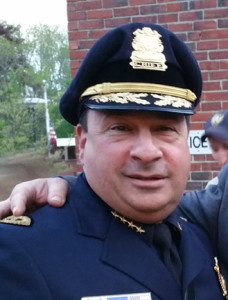 From talking to police chiefs all over The Valley, it’s become increasingly clear that use of the new drug narcan is causing some unintended consequences. Narcan is a drug administered to someone who has died of a heroin overdose and brings them back to life.

While most police chiefs refused to speak on the record about the downfalls of using narcan, almost all of the chiefs we talked to agreed that there are some serious issues arising from the use of the revolutionary new drug.

WHY SAVE DRUG ADDICTS?

One chief, Joe Solomon of Methuen, agreed to talk on the record about some of the downsides to using narcan.

“First, I want to make clear that I support the use of narcan, but yes, if you want me to be honest on the record, yes, there have been some serious downsides.” Solomon admitted.

“Before we get into that, I do want to address something that has been bothering me. The argument that I hear from skeptics or critics of the narcan is that we are giving people a second chance who, maybe don’t deserve it. Or, that we are saving people who do nothing but create pain and suffering for the people around them, especially their families. I sympathize with that, I do. I understand where they are coming from. But, I prefer to look at it a little differently.”

“I say, if someone is obese because they don’t eat right, don’t exercise, and they have a heart attack, we would certainly do CPR on that person. If a guy is drunk driving and gets thrown from the car, even if he just killed two people, would we still do everything in our power to save his life? Of course we would. The average person needs to understand that our job is not to decide who is worthy and not worthy of saving. We are emergency responders; cops, firefighters, EMT’s, our job is to save lives. So, with the Narcan, we are doing that regardless of whether people think the lives we are saving are somehow less worthy of our efforts. I really wish more people would think about that before taking the other point of view.”

“One of the unfortunate things we are seeing is that some of these addicts are carrying narcan themselves, and they use it, but they won’t go for treatment. If they are administering narcan themselves, or having a friend or family member administer it, they just keep using drugs and don’t get the help they need. Two months ago we found someone had overdosed in the parking lot of the Holy Family, right behind the emergency room.”

“Six months ago we had four people narcanned … we had two guys who overdosed, in the produce aisle, and two others overdosing in a parking lot at the same time. So, I don’t think the use of narcan is stopping overdoses, or even lowering them, according to what we are seeing every day on the street. But I say the same thing about narcan that I say about body cameras. The narcan is not solving the problem. It’s only one additional tool.”

“If you want to get to the root of the problem, you have to address the over-prescribing of legal drugs, which is leading to heroin use. When you combine that with the constant flow of heroin in this area it’s a recipe for disaster. Lawrence, and the whole Merrimack Valley, gets together every Wednesday and try to tackle this problem. Lawrence is making 100 arrests a month just with the users and dealers. The arrests are not slowing down; the overdoses are not slowing down. We are just putting a band-aid on the problem.”

“Also, now, you can get pills that look like Vicodin or Percocet, are shaped the same, with the same stamp on them, but are 100% Fentanyl. Those are overdoses we just can’t stop. Anyone who takes these pills dies instantly. We’ve seen a number of those in Methuen over the last few months.”

“The Fentanyl is so cheap to manufacture in Mexico, that it’s cheaper for them to sell 100% Fentanyl than the heroin itself.”

According to police records, in 2015 the Methuen Police used narcan on 132 people who overdosed. Four of them died.

As of June 20, 2016 Methuen Police have used narcan on 65 people. Meaning Methuen is now on pace to have 15 or 20 more overdoses than last year. Of the 65 people Methuen officials used narcanon so far in 2016, three have died.

“When you look at those numbers in a small city like Methuen, it’s pretty bad. But, let me tell you the difference between this year and last year … and why those numbers are even worse than they seem.”

“Last year when we were using narcan on people, for the large majority of those addicts we only used one dose of narcan to revive them. This year we have already seen multiple cases where we are using two and three doses to revive them. That’s because the Fentanyl is so much more potent. Our average this year is already two doses per person, that’s staggering. And that doesn’t count the ones we can’t bring back because they are taking pure fentanyl. That simply can’t be reversed no matter what we do.”

A DRAIN ON RESOURCES

Chief Solomon says that every officer in Methuen is trained on how to use narcan and there are at least two doses in every cruiser. Solomon also says that if the trend continues his department will have to spend a lot more money to stock three or four doses in each car.

Methuen police pay for the narcan doses out of their own budget, something that the chief says is starting to put a burden on Methuen taxpayers. He says that the department had to pay for six officers to be trained as instructors by the Department of Public Health, so that those officers could train the rest of his department at a lower cost.

“It’s not just the immediate costs of the drug and the training that’s stretching our resources, just think about the man hours we are spending on people who have already overdosed and been narcanned several times before. When you look at 132 cases of narcan use last year, take into account that you have at least two police officers responding to each of those calls. Those officers spend anywhere from 30-45 minutes administering the narcan, getting them to the hospital, doing the paperwork, plus the fire department also responds, the officer on scene has to go to the hospital and works with our civilian clinician who also has to go to the hospital to work with the overdose patient.”

“Now, Tom, this will blow people’s minds. Not including the 132 people we have used narcan on, the hospitals have taken in over 400 individuals who were actively using, and we’ve placed 110 of them in treatment. The rest chose not to get treatment. Now, think of the man hours that takes away from us being able to respond to other calls. It’s very taxing on the department, and from the looks of things it’s only going to get worse. Our police officers, on top of everything else they have to do every day, are now becoming semi-medical professionals.”

NARCAN IS NO SOLUTION

“I want to say again, I fully support the use of narcan. I know we have saved many lives with it. I also think that if we can’t be honest about some of the negative consequences we are seeing on the streets and address those immediately, the problem is only going to get worse. That doesn’t benefit anyone.”

“Some people, especially politicians think they are solving the problem by making narcan available or helping get the price down. They aren’t solving anything. This is a temporary, emergency tool, just like a band-aid.”

“In order to get to a real solution they need to find a way to put these dealers away for life. They also need to stop the over-prescribing of narcotics that get people hooked in the first place. Far too many people start using heroin because they were over prescribed a narcotic by their doctor and are now addicted to a medication that does nothing for their pain. Once they realize that heroin is a thousand times cheaper than the medication their doctors prescribed, they become users and become hooked.”

“From there, it becomes fentanyl and then death. For far too many people we are only delaying the inevitable.”

The Truth About Narcan – Chief Talks Openly About Downsides of Narcan added by Tom Duggan on July 28, 2016
View all posts by Tom Duggan →