The Warmest December on Record

By ValleyPatriot on January 22, 2016Comments Off on The Warmest December on Record 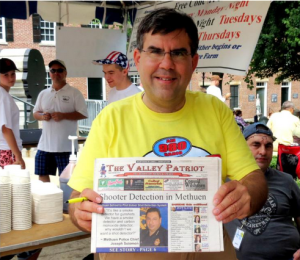 As December neared the end, we finally saw our first winter storm with snow, sleet, freezing rain, and rain. December 2015 will go down as the warmest December on record ever for Boston at number one.

What caused this unusually warm weather? The answer is a large upper level high pressure system (referred to as the Bermuda high) This high pressure was unusually strong and as a result sent the jet stream well to our north & west. This put not only New England, but also much of the east coast on the warmer side of the jet stream. New York

City saw temperatures in the 70’s on Christmas Day. Shorts and t-shirts replaced winter coats.
Now with a new month and new year, a change in the weather pattern. The upper level high in the Atlantic has now been suppressed to the south and will lose its influence on us. We will be getting colder air from the Arctic Circle and we can expect colder temperatures. The upper level trough will now move to the eastern US and cause the colder air to move down from the Arctic Circle. It is difficult to say how long this pattern will last. January is the coldest month of the year.

How much snow we get this month will depend on how much phasing occurs with the northern & southern jet streams. It seems as we get into February, the chance of blizzards increase. Remember, the Blizzard of 1978 occurred in February. As we get into March, large fluctuations occur in temperatures. Some days can be warm and then we can also get some big snowstorms. Now that we are in January, we will see the days continue to get longer and by later in the month, we will notice it getting dark later.

As more winter storms occur, remember to allow extra time on the roadways and keep the speed down. Give yourself extra time to get to work. Also, if your car is not in a garage, remember to remove all the snow off the car even the top (roof). Snow can blow off your car and reduce the visibility for the cars behind you. If running a generator, make sure it is well away from your house. NEVER run a generator in the garage!!! Have a safe winter and next month we will take another look to see what the weather pattern is doing.

In the meantime, you will need to bring back the winter coats, hats, gloves and scarfs.