By Christine Morabito on December 9, 2010Comments Off on The Zombie Congress; Scaring the Living Daylights out of You! 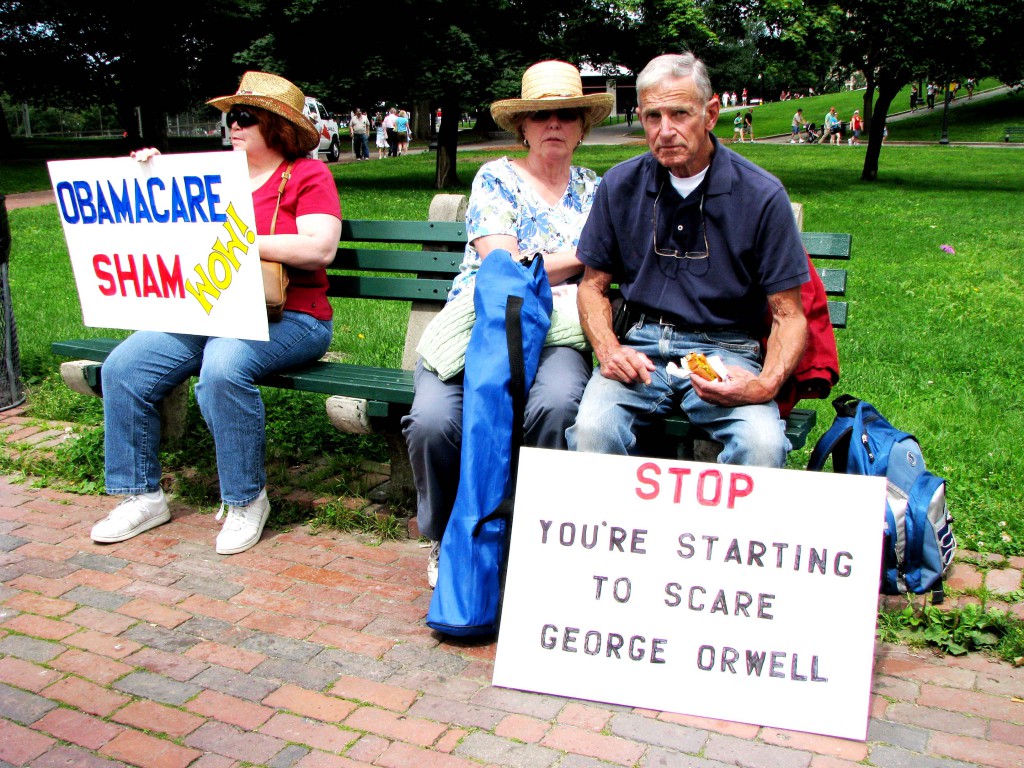 I love classic films, but the one that always makes my skin crawl is the 1968 cult classic, “Night of the Living Dead.” I could not help noticing the eerie parallels between this film and the Lame Duck Congress, recently referred to as the Zombie Congress. These soon to be unemployed legislators hold all the power between now and January, when the new Congress is sworn in.

Paralyzed with fear, we watch as almost 100 Representatives, either retiring or freshly wounded by election defeat, and 16 undead Senators attempt to pass the very same progressive bills they were unable to pass when they had to consider voter retaliation.

Just when we thought these ghastly bills were dead and buried, they have come back to life, leaving our freedoms cowering in the fetal position. You remember, the bills with the Orwellian names like: the DREAM Act, the Food Safety Modernization Act, the Paycheck Fairness Act, the Employee Free Choice Act, the Combating Online Infringement & Counterfeit Act and — the one that repeatedly grabs us by the throat—Cap and Trade. These nightmares will all appear on the very busy agenda of the Zombie Congress.

The following briefly explains why we should be very afraid: The DREAM Act, more appropriately called “amnesty,” has reached up from the grave and grabbed our ankles. This time progressives claim that it’s for the children. However, the children in question are eligible for citizenship until they reach the tender age of 35. The alleged “food safety” bill sounds fantastic, until you consider the bizarre fact that the bill puts the nation’s food supply and production in the hands of not only the Food and Drug Administration, but also the Department of Homeland Security and the Department of Defense, giving them poorly defined, and therefore, unlimited powers.

Under the guise of safety, the bill imposes crippling restrictions on small farms, farmers’ markets, organic growers and even dietary supplements. The so called Paycheck Fairness Act, which has trial lawyers smelling blood in the water, will actually decrease the incentive for employers to hire women, for fear of lawsuits. The freedom killing, union benefiting bill we call Card Check eliminates our right to a secret ballot and opens the floodgates for voter intimidation. And finally, the internet censorship bill slithers under the door granting government the permission to shut down websites it considers harmful. Do we seriously want to go there?

The most pressing issue facing the unburied Congress is the fate of the Bush Tax Cuts, which will automatically expire in January if not extended. The left cannot seem to agree on which rich people to punish the most. Some want to punish only the ones who make over a million dollars a year, while others want to include those with yearly incomes exceeding $200,000. Conservatives want to extend the tax cuts to everyone, believing that it’s the wealthy–not the government–who create the jobs, take the risks and will ultimately rescue our economy. The left does not seem to be budging, and the right has little incentive to compromise, since they can just blame the left if–and when–taxes increase. It looks as if the average family is about to become $200 poorer each month.

The Zombie Congress is coming for you. They’re coming for your paycheck, your food, your energy supply, your free speech, your secret ballot and your nation’s sovereignty. Like the ghouls in the horror film, there is no reasoning with them. Any attempt will be met with vapid stares, as if you were talking to a hollow, empty shell of a human being. They do not care what you think. Their drive for devouring the Constitution is never satisfied and their thirst for power cannot be quenched. Boarding up the windows and doors will not save you; they are relentless, as they surround your house and claw their way in. I will never forget the chilling words of Nancy Pelosi as she described the lengths to which Congress would go in order to force Obamacare upon the people: “You go through the gate. If the gate’s closed, you go over the fence. If the fence is too high, we’ll poll-vault in. If that doesn’t work, we’ll parachute in. But we’re going to get health care reform passed for the American people.”

Against incredible adversity, we must bravely defend our Constitution, our values and our love for this great country. Time is on our side. We only have to fend off the zombies for another month before there’s a new sheriff in town. Stay informed and engaged and put your Representatives on speed-dial. But be respectful or you will not be effective. At this point, it would be a shame to discount Senator Scott Brown. Right now he’s the best friend we have, and he may yet turn out to be our hero!