By ValleyPatriot on January 20, 2014Comments Off on Three Suggestions For Lawrence’s New Mayor Dan Rivera, First Hire Back Tom Sapienza 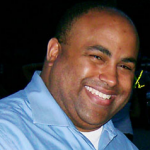 We know all too well the problems Lawrence faces and the long road ahead of Mayor Rivera just to get the city to stop moving backwards, before he can even begin to plot a course to prosperity.

With a school system in state receivership and a state appointed financial receiver running the city’s budget, the challenges Rivera faces are monumental. He will need to spend every waking moment cleaning up the mess left behind by four years of Willie Lantigua’s shenanigans, not to mention decades of the city’s decline from failed state and federal social programs that has left Lawrence as the worst city in the state.

But there are a few things Rivera could do in his first thirty days as mayor which would take little effort on his part, but would make a big difference.

Last year at this time, The Valley Patriot was writing about fired DPW laborer Tom Sapienza. Sapienza had taken time off from work to care for his ailing wife, Heather.

Heather was dying of cancer and Tom was only asking Lantigua to let him take an unpaid leave of absence to be by her side as she lay dying. Before she died, Heather Sapienza said her biggest worry was that when she was finally gone, her husband would be able to keep his job so he could provide for himself after going so far in debt from medical and end of life expenses.

But Lawrence Mayor William Lantigua fired Tom Sapienza, notifying him of his termination through a courier who served Sapienza while he was trying to make his wife’s final days as comfortable as possible. Mayor Rivera needs to make that right.

In September of 2006, The Valley Patriot wrote an editorial calling out Lawrence DPW Director, Frank McCann and Lawrence Mayor Michael Sullivan for their neglect of one of Lawrence’s most famous landmarks: The Vietnam Veterans’ Fountain located at the gateway to the city on Winthrop Avenue and South Union Streets.

Since then, Sullivan and McCann have come and gone, yet the fountain still sits crumbling in disrepair.

What better way to make a statement that the City of Lawrence is under new management, welcoming people at the city’s gateway, and at the same time restoring honor to the men and women who served us all in the Vietnam War and have had to watch that fountain sit in disrepair for two decades.

Throughout the Lantigua Administration, many injustices occurred to many good people who refused to play along with Willie Lantigua’s shenanigans.

Whether they were police officers passed over for promotions, contractors who lost city business for refusing to play ball with Lantigua’s private demands, city board members who were humiliated and removed, the list goes on and on. Rivera has the authority to right those wrongs and restore the public’s faith in their city government.

It would send a strong message to those who work in Lawrence that there is someone who has their back if they do the right thing and are targeted for doing so.

While our suggestions seem small compared to the magnitude of problems facing the City of Lawrence, these small and immediate changes will make a huge difference in changing the city’s image and begin to heal the festering wound left over from an administration that was hell bent on breaking the law and using municipal government to serve as their own personal weapons against anyone standing in their way.