By Jeff Katz on December 22, 2013Comments Off on ‘Tis the Season 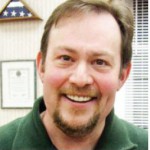 It is that time of the year when Christmas is in the news. For many of my friends it is an extremely important time of the year. For truly faithful Christians, this is all about the birth of their Messiah and the tremendous hope and joy this brings to them. For them, indoor trees, electrified reindeer and some fat guy in red are not the reasons for the season. Nope, they are not at all concerned with a snowman being reduced to a puddle. To my friends in this group, I wish them not just a merry, but also a meaningful Christmas.

Over the years we’ve all read and heard the complaints about the over-commercialization of Christmas. It seems that it was all about buying lots of stuff and then going back to buy even more. Sales started first thing on the Friday morning after Thanksgiving. Now the sales start at the same time as we’re reaching for that first scoop of stuffing. I’d assume that next year there will be some wonderful sales on sunscreen as the shopping season will kick off when the fireworks fly on July 4th. Most of the folks who have complained about this strange emphasis on the money making aspect have also pointed out that many of the stores engaged in this never ending commercialization have also instructed their clerks to stop saying, “Merry Christmas.”

Why have stores decreed that the ubiquitous phrase “Happy Holidays” be substituted for the traditional “Merry Christmas”? There’s the proffered excuse that the store personnel don’t wish to offend anyone who might not be celebrating Christmas. Sorry, but the good and positive feelings behind “Merry Christmas” render that explanation completely invalid.

There’s that old standby line about wanting to include everyone which I suppose is at least partially true at least when it comes to sources of revenue. These stores have truly removed Christmas from their retail lexicon, but I’ve begun to wonder if that is actually a bad thing. Seems to me that they may actually be doing a good thing by forcing people to focus on the real meaning of Christmas.

So why have some truly religious people who wish to stop the crass commercialization of Christmas begun to call for boycotts of stores which don’t include “Christmas” in their commercials? I am truly puzzled by this but I presume it will be part of the airing of the grievances as the rest of us gather around the Festivus pole.

I wish you a Happy Chanukah, Merry Christmas and a wonderful new year!