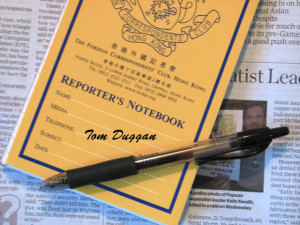 NORTH ANDOVER BOARD CONDEMNS “BIGOTRY/HATE”
Last month the North Andover Board of Selectmen took an official vote “condemning hate and bigotry” in Charlottesville. It was the dumbest and worst kind of political pandering and grandstanding I’ve seen since Al Perry was chairman of the school committee.

Having the board condemning hate and bigotry is no different than declaring “bad people are bad”. NO DUH! Thanks for the memo. Now, I don’t remember the board condemning the hate, bigotry and violence at Berkeley College last month, or the violent racist group ANTIFA when they attacked peaceful demonstrators and police officers. Weird huh?

If the North Andover board is going to be in the condemnation business they should also condemn Black Lives Matter for calling for the murder of police officers and then carrying out that goal by murdering at least ten cops, starting with NY Officers Liu and Ramos. Surely murder is worse that hate and bigotry… right?

So why do local officials engage in this kind of meaningless symbolism? It’s called virtue-signaling. That’s where officials who have no influence over a situation make a declaration designed to make themselves look virtuous. It’s also designed to get their names in the paper on a story that gets lots of attention, even though they really didn’t have anything at all to do with the initial story. But, it worked. The daily paper thought that this meaningless gesture of “condemning hate” was not only news, but front page breaking news. Yeah.. I’m not kidding on that.

In addition, partisan Democrat Town Moderator Mark DiSalvo told a daily newspaper that, as local officials “we have an obligation to condemn bigotry and hate.” Actually Mark, no. No you don’t. You have an obligation to moderate town meetings. That’s what we elected you to do, not covertly engaging in partisan politics in a very … very thinly veiled pretense of declaring that hate is bad. We don’t need local officials making declarations that bad people are bad. We need local officials to tend to the business of providing basic services to the people in the town that they serve. SEE BLELOW.

SPEAKING OF BASIC SERVICES WHERE ARE ALL THE HOMELESS SHELTERS IN THE VALLEY?

That’s a travesty. Especially since both communities brag about being liberal and dedicated to helping “the less fortunate” during every election cycle.
Part of the reason Lawrence is having so many problems with homeless panhandlers, homeless drug dealers, and addicts is that the board of selectmen in North Andover and the city council in Methuen have done absolutely nothing to provide basic services to their own citizens who suddenly find themselves out in the streets.

That needs to change. There is no reason Lawrence should be shouldering the burden for the plight of citizens of other communities. Lawrence is overburdened as it is. It is time for the elected officials in Methuen and North Andover to start walking the walk and do the very unpleasant and unpopular thing called leadership. It’s time cities and towns surrounding Lawrence stop exporting all of their addicts and homeless citizens, and open up a homeless shelter in their own towns. If more communities pitched in and provided these services to their own homeless population, the problems in Lawrence wouldn’t be so insurmountable.

A MESSAGE FROM THE VFW COMMANDER IN HAVERHILL
We really need your help! The VFW is asking for donations to help get the Post open again and keep it up and running and sustain our organization. The VFW has been open for over 60 years.

LAWRENCE NAMES INTERSECTION FOR DECORATED WWI VET
On September 7, 1917 – exactly 100 years ago – Frank Alekno departed the port at Hoboken, NJ with thousands of others soldiers to sail to France to fight in the American Expeditionary Force against Germany. Alekno, a Russian, was not an American citizen but was working in the Lawrence mills when he was drafted. Pvt. Alekno was killed in action and received the second highest honor given to an Army soldier for his bravery, the Distinguished Service Cross (DSC). Lawrence remembers Alekno with a square dedicated to his memory.
The event took place at the Intersection of Concord St (Isabel Melendez St.) and Franklin St.

Out of the 183 Lawrence residents killed in WW1, 33 sailed to France with Alekno on September 7th. Lawrence City Councilor Marc Laplante visited the Meuse-Argonne American Cemetery in France last April and placed a Lawrence flag at Alekno’s grave. He detected a mistake at the grave – it was missing the inscription that each decorated soldier received, in Alekno’s case, the DSC. On Memorial Day, 2017, the cemetery superintendent replaced Alekno’s marker with the proper inscription.