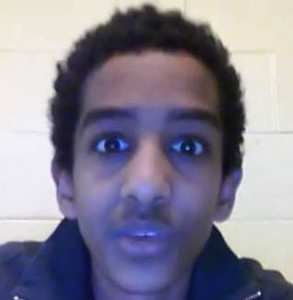 Robel Phillipos, 21, of Cambridge, was sentenced this afternoon to three years in prison and three years of supervised release, and ordered to report to the Bureau of Prisons on July 24, 2015. In October 2014, Phillipos was found guilty by a federal jury of two counts of making false statements to law enforcement in a terrorism investigation. 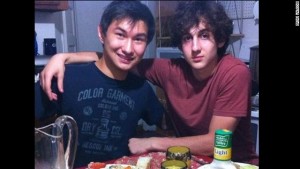 Azamat Tazhayakov, 21, of New Bedford, was sentenced this morning to 42 months in prison and three years of supervised release. Tazhayakov was convicted by a federal jury in July 2014 of conspiring to obstruct justice and obstructing justice with the intent to impede a terrorism investigation. Tazhayakov is a national of Kazakhstan who was temporarily living in the United States on a student visa while attending the University of Massachusetts Dartmouth (UMass). At the time of his arrest his visa had been revoked.

“These cases represent an often-overlooked, but significant part of the investigative and judicial process: cooperation with law enforcement authorities. At a time when public safety was in peril, Mr. Tazhayakov and Mr. Phillipos repeatedly chose to obstruct justice when they could have assisted authorities,” said United States Attorney Carmen M. Ortiz. “That week truth was a matter of life and death. The defendants plainly made the wrong decision, with disastrous consequences.”

“Azamat Tazhayakov and Robel Phillipos could have done the right thing and told the FBI what they knew. Instead, they repeatedly impeded the investigation when they could have assisted our investigation into a deadly terror attack,” said Vincent B. Lisi, Special Agent in Charge of the Federal Bureau of Investigation, Boston Field Division.

On Tuesday, June 2, 2015, Dias Kadyrbayev, 21, another friend of convicted Boston Marathon bomber, Dzhokhar Tsarnaev, was sentenced to six years in prison. In August 2014, Kadyrbayev pleaded guilty to conspiring to obstruct justice and obstructing justice with the intent to impede the Boston Marathon bombing investigation.

On the evening of April 18, 2013, after the release of the photographs to the public of the Boston Marathon bombers, Kadyrbayev, Tazhayakov and Philipos entered Dzhokhar Tsarnaev’s dormitory room at UMass where Kadyrbayev removed Tsarnaev’s laptop and a backpack containing fireworks from which “gunpowder” appeared to have been removed, a jar of Vaseline, and a laptop computer. A month before the bombing, Tsarnaev had told Tazhayakov that it would be good to die as shaheed (martyr) and that he knew how to build a bomb. Tsarnaev also identified specific ingredients one could use to make a bomb, including “gunpowder.”

During the early morning hours of April 19, 2013, while Tazhayakov and Kadyrbayev were monitoring the manhunt for the Tsarnaevs on television, Kadyrbayev discussed getting rid of the backpack containing the fireworks. Tazhayakov agreed with Kadyrbayev that they should get rid of it. After this conversation, Kadrybayev placed Dzhokhar Tsarnaev’s backpack in a garbage bag and placed it in a dumpster outside their New Bedford apartment. The FBI recovered the backpack on April 26, 2013, after 30 agents spent two days searching a landfill in New Bedford.

Between April 19, 2013 and April 26, 2013, Phillipos was interviewed five times by investigators conducting the Boston Marathon bombing investigation and during each of those interviews Phillipos lied. At the conclusion of the fifth interview, Phillipos finally admitted that he did go into Tsarnaev’s dormitory room on the evening of April 18, 2013, and that Kadyrbayev removed evidence from Tsarnaev’s room.

The case was prosecuted by Assistant U.S. Attorneys John A. Capin and B. Stephanie Siegmann of Ortiz’s Anti-Terrorism and National Security Unit.