By Paul Murano on September 6, 2011Comments Off on Uglo-Americans Unite! 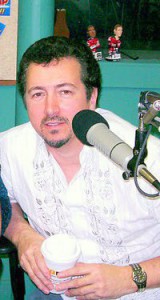 The ugly may finally be getting some attention. And I’m not being cute. The New York Times just released an article on how “ugly” people are discriminated against (NYT, Aug. 27, 2011).

Being attractive, it states, helps you earn more money, find a more attractive spouse, and get better deals on mortgages. “Each of these facts has been demonstrated over the past 20 years by many economists and other researchers.”

The article continues, “One study showed that an American worker who was among the bottom one-seventh in looks, as assessed by randomly chosen observers, earned 10 to 15 percent less per year than a similar worker whose looks were assessed in the top one-third: a difference of $230,000 over a lifetime.”

But we don’t need studies. The ugly truth is that everyone knows unattractive people are discriminated against in all endeavors of life. And this is a problem for not only for women, but men too: “While extensive research shows that women’s looks have bigger impacts in the market for mates, another large group of studies demonstrates that men’s looks have bigger impacts on the job.”

The solution? Brace yourself. “Why not offer legal protections to the ugly, as we do with racial, ethnic and religious minorities, women and handicapped individuals?” Don’t laugh. If people were honest everyone would admit a bias against the attractively-challenged. Intuitively we all enjoy being around attractive people, in person and through the media. And this bias manifests itself in discrimination. We discriminate against the ugly in picking a mate, choosing a president, hiring an employee, and even choosing friends. Beauty in art, nature, and fellow human beings is always preferred. In every political cycle the more attractive candidate wins. Why do you think Romney, Perry, and Bachmann are beating Ron Paul and Tim Pawlenty in the polls? Do you really think their policies are that much different? Trace every single presidential final since the Kennedy-Nixon showdown inaugurated the television age. The more attractive candidate always wins. One reason potential candidate Chris Christie has caught the attention of so many is not only because of his attitude, but because of his size.

It’s probably safe to say that your grandmother will not be replacing any of the “Fox News babes” anytime soon, regardless of how well she can deliver the verbiage. The “Where’s the Beef” lady back in the 1980’s was the last commercial star of this genre, but only because of the humorous absurdity, as was the case with the elderly one in “Golden Girls”.

What would it look like if we took this ugly bias seriously? First, ugly people would become a “community”. Don’t all groups that feel discrimination become so-called communities? The gay community, the black community, Latino community, etc.

“I was born this way; it’s genetic” would be the mantra for the attractively-challenged. “Ugliness” would be added to the short litany of unlawful discriminations. There may gradually be an AAUP (American Association for Ugly People), a federal department to deal with discrimination against the ugly, and perhaps a “congressional ugly caucus”.

Isn’t there a congressional black caucus? This new caucus would include the ugliest members of congress. Who would admit to this, or better yet who would judge? Maybe the congress would vote on its 12 ugliest members to represent the ugly across America. By a secret ballot, I would imagine.

And who would judge discrimination cases based on ugliness? You would probably need a government body to decide who is truly ugly and who is just having a bad hair day. “Feeling” ugly is not good enough. Perhaps an oversight committee would also be needed to ensure this body does not discriminate in their ugly judgments. If a judge, for example, were to have an uneven record of judging ugly among the races…well, that could get ugly. Ugliness must be seen as afflicting every race, sex, and ethnicity equally.

Humor aside, there are more people discriminated against because of their looks and appearance than perhaps all the other reasons combined. And spiritual beauty is often overlooked. If the government is to be involved in race, color, creed, religion, ethnic origin, age, sex, disability, and sexual orientation – why not fat and ugly? Of course they would call it something more innocuous like “appearance” discrimination, but if the camel’s nose is allowed under the tent won’t the entire camel eventually appear?

As silly as this all sounds, whether it be right or wrong to allow the government to be involved in who we discriminate against in our lives, consistency would demand the inclusion of the unattractive. That seems to be the ugly truth.