By Tom Duggan on November 15, 2012Comments Off on Unions & Groups Make $782,000 in Independent Expenditures for Legislative Races

Independent expenditures are expenditures made to expressly advocate the election or defeat of candidates, and are made without coordinating with a candidate’s campaign. This spending is disclosed electronically on CPF18A forms (link to reports: 18As).

Of the top 20 candidates supported by independent expenditures, 14 won their races.

Electioneering communications, also known as issue ads, are mailings or advertisements that clearly identify a candidate within 90 days of an election but do not expressly advocate for or against the candidate.

OCPF is an independent non-partisan state agency that administers the state’s campaign finance law. The agency is located at One Ashburton Place, Room 411, on Beacon Hill.

* Not including expenditures made by Independent Expenditure PACs 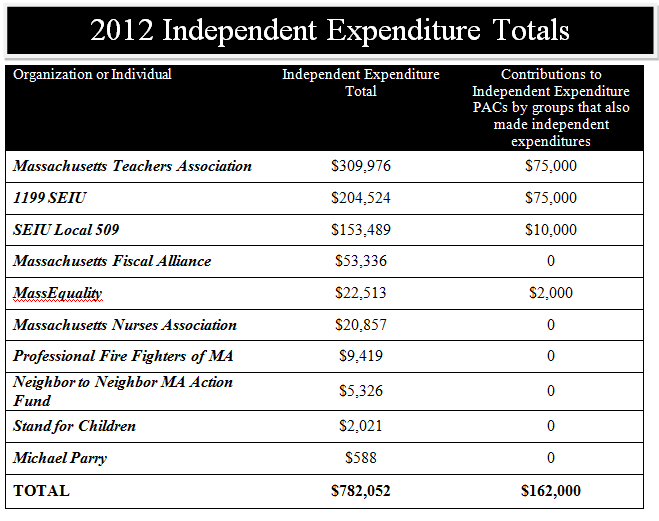