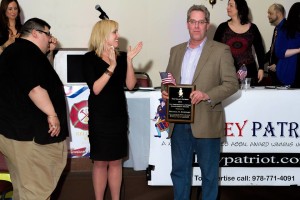 Each year this award is given to 2 individuals who show with their actions that they value the 1st Amendment to the Constitution. Winner of this award have made a significant difference in holding public officials accountable, fought for transparency in government, the release of public documents and have fought to defend and protect our 1st Amendment right of free speech, a free press, freedom of religion and/or being a whistle-blower. They are or have taken ACTION, bold action, to make sure the public is more informed about what their government leaders and representatives are up to. Without individuals like this on the front lines in the war against a free speech and a free press our freedoms could be lost.

Each year The Valley Patriot honors contributors for outstanding writing or creative contribution while taking the high road in public discourse and/or taking very bold stands on some of the most important issues that shape our culture and our community. Columnists, reporters, artists, and even letter writers are eligible for this award. Previous winners of this award have exposed corruption, called out elected officials for bad behavior, provided exceptional information to the public and/or attracted a whole new demographic of readers to the paper. 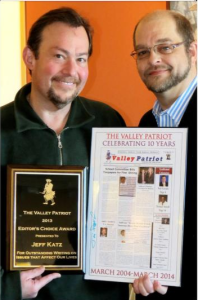 VALLEY PATRIOT PRESIDENTS AWARD
Nominees and winners of the Valley Patriot President’s Award were chosen personally by Valley Patriot Publisher Tom Duggan. Nominees are chosen for their unique and/or outstanding contribution in the operations of the paper. Previous winners have helped us get the paper to the printer in emergency situations so that we don’t miss a deadline, gone out in snowstorms to shovel out our street boxes, promoted us to local businesses for advertising, or provided exceptional information to the paper that nobody else could contribute. 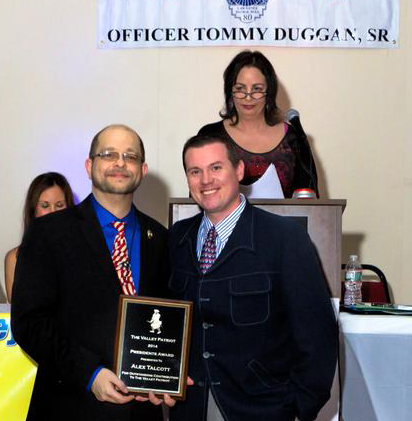 Nominees for The Valley Patriot’s Hero Veteran Awards, and the Officer Tom Duggan Public Safety Awards will not be announced in advance, as there are only two nominees in each category and two winners are chosen.