By ValleyPatriot on February 4, 2015Comments Off on VALLEY PATRIOT EDITORIAL – Mayor Fiorentini Must Act Now on Police Station Mold (2-15) 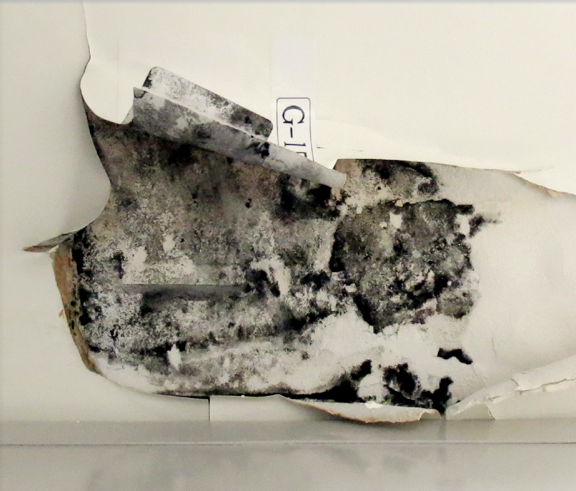 It seems hard to believe.

Since before the Haverhill Police Station was even occupied, concerns were raised about mold and mildew due to substandard construction work.

Today, 16 years later, Haverhill police officers and the civilians who work in that building continue to work in an unsafe environment.

We readily concede that Haverhill Mayor Jim Fiorentini is not responsible for the $6.6M fraud that was committed by his predecessor Jim Rurak, when the police station was built and approved with all of these existing problems. Fiorentini, however, has been mayor for the last eight years and has done nothing about the black mold, leaking windows and unsafe health conditions that city workers must endure every day.

In the eight years since Jim Fiorentini has been mayor, dozens of complaints have been filed concerning the conditions of the police station and while Fiorentini had no problem advocating for a multi-million dollar tax override to fix the Hunking School, he still says he has no interest whatsoever in any kind of tax override to protect the lives of the men and women of the Haverhill Police Department.

When we asked Fiorentini about this he was adamant that he would not support an override to fix the station. He also pretended that he knew little, if anything at all, about the black mold and leaking problems at the Haverhill PD.

We find this unacceptable.

Haverhill police officers go out every single day and put their lives on the line to protect the public. But, when they return to the police station to write reports, book prisoners or question suspects, they put their health and lives at risk further because of the health hazards Fiorentini has refused to fix.

We also find it unacceptable that the Haverhill City Council has sat on their hands for the last fifteen years and done nothing to rectify this situation.

Even after our front page story last month called “$6.6M Police Station Fraud” where we detailed the shoddy work done by subcontractors and the health hazards the building continues to pose, Haverhill City Councilors have done nothing to address the problem, or even called out the mayor for his complicity in the situation.

It makes us wonder, and it should make you wonder too, what are Haverhill officials trying to hide?

It’s bad enough that members of the public were ripped off when this building was constructed with no effective oversight by elected officials at the time. But it’s even worse that all these years later, there is little interest by the current mayor and city council to fix the station.

We are tired of hearing the grandstanding and platitudes at election time when the mayor and city councilors campaign on “public safety” all the while they fully know, and have known for years, the serious nature of black mold at the Haverhill Police Station.

We believe it is time to stop paying lip service to the men and women of law enforcement who must breathe in the toxic mold every single day. It is time to stop ignoring the problem. It is time for the people of Haverhill to hold their elected officials accountable.

As we continue our series next month on the corruption involved with the construction of this building (and the apathy of the mayor and council), we demand Haverhill officials do their damned jobs. It’s time they act as though all those fake campaign promises they made about public safety actually meant something.

So far, the silence has been deafening.