By Tom Duggan on July 15, 2016Comments Off on “We’ve Got Your Back” – Residents, Veterans Serve Lunch to Methuen & Lawrence Police 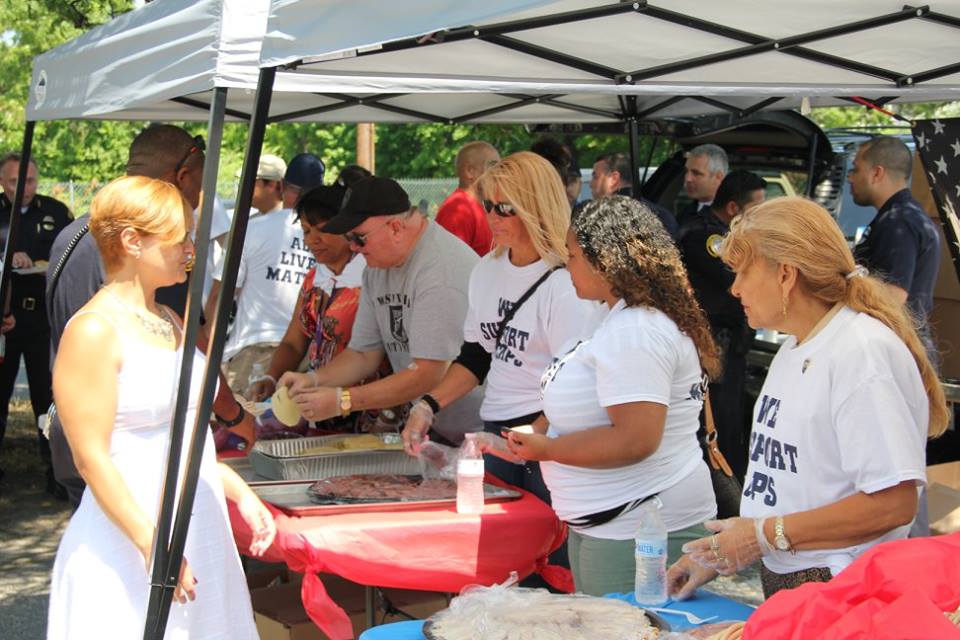 Lawrence and Methuen Police were treated to a free lunch Friday afternoon thanks to JT Torres of New England Veterans’ Liberty House and resident volunteers from all over the Merrimack Valley.

Torres is also helping to organize a pro-police “We’ve Got Your Back” rally, at Methuen High School next week. (Wed. July 20th, 6PM).

“We wanted to let the police officers in Lawrence and Methuen know that we care about their service and their sacrifices,” Torres said. “These guys are the first line of defense for all of us. It’s sad that a lot of people don’t understand that. And a lot of times they are made to feel like they are out here alone trying to keep the peace, so we want them to know, we’ve got your backs!” 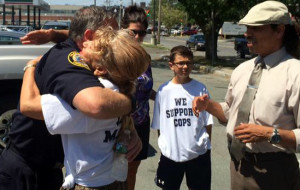 Torres and his volunteers set up two tents outside each police department to shade the officers, and tables of sandwiches and cold drinks.

Lawrence Police Chief Fitzpatrick said it made he and his officers feel good after a very tough week. Five Dallas police officers were executed late last week, and nearly a dozen officers have been killed across the country since then.

“It’s very gratifying to have the support from the residents in the community, the veterans, and the various organizations. We are excited to have people here at the station. It’s a positive thing.”

“It’s very tragic what’s been going on around the country, especially in Dallas,” he added, saying that his officers were feeling the loss.

Methuen Police Chief Joe Solomon said he too was “humbled” that veterans and other residents would come to the police station with lunch to show their appreciation. 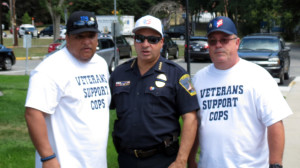 “It’s really humbling to know that members of our community in the Merrimack Valley, the veterans who went off and served us overseas, are now coming here to serve us. So, It grounds you, and I think it really makes you appreciate the public.”

Solomon said it also served to help open lines of communication with the people they serve.

“It’s so hot out today, it’s like 91 degrees and these veterans are out here serving police officers a free lunch, they really should be commended,” said State Rep Diana DiZoglio. 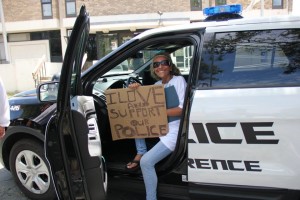 “They deserve it too. These officers work so hard to protect people and follow the laws and procedures of their departments. They very much underappreciated. So are our veterans. This was Really nice of JT Torres to do, and for all the volunteers who came out to thank the police.”

State Rep. Linda Dean Campbell said she was  happy to see so many people showing their love of police officers.

“This was a great idea on the part of our Veterans.  There is no doubt that handling domestic violence calls, incidents that frequently deal with mental health crises,  and combating illegal drugs on our streets and many more highly stressful and dangerous situations place a heavy burden on police officers.  It is very appropriate to express our appreciation for their service,” Campbell said.

“We’ve Got Your Back” – Residents, Veterans Serve Lunch to Methuen & Lawrence Police added by Tom Duggan on July 15, 2016
View all posts by Tom Duggan →