By ValleyPatriot on September 29, 2016Comments Off on What aren’t they showing you? ~ FROM ISRAEL TO THE VALLEY PATRIOT 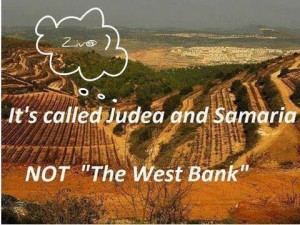 “Aren’t you afraid of the soldiers?” the reporter asked the old Arab man.

A resident of Jenin, approximately 60 or 70 years old, was sitting on a pile of rubble. He was calmly sitting there, not doing much of anything. He was surprised by the reporter’s question. I watched the exchange on Israeli TV, it was an interview conducted in Arabic, and there were Hebrew subtitles at the bottom of the screen so viewers like me could understand what the residents of Jenin had to say.

This scene is seared into my brain, an exchange I will never forget. It was during Operation Defensive Shield (2002). Terrorists had committed so many atrocious attacks on Israelis (suicide bombings in restaurants, a hotel, attacking people in their homes etc.) it had become necessary to take the battle to the terrorists. They knew the IDF was coming and had time to booby-trap much of Jenin, making it a horrific place for a battle. The IDF ended up having to bulldoze a section of buildings which gave impetus to the media to begin screaming that the army had committed war crimes (false allegations they later had to apologize for).

“The soldiers” said the reporter.

The scorn on the old man’s face fascinated me. “Of course I’m not afraid of the soldiers!” he answered. “I’m not a terrorist! I don’t have a bomb. Or a gun. Or a knife!”

I wanted to laugh and cry at the same time. This old Arab man knew what all the residents of Jenin knew, what everyone knows. What the media never ever reports. He had absolutely nothing to fear from the Israeli soldiers because he was not a terrorist and not involved in anything that could be construed as terror related activities.

The term, media consumers is apt. People consume what is on their plate. Whatever the media puts out gets eaten, swallowed whole. Very few questions are asked.

The plate goes down on the table, so you eat. It’s automatic.

The major media companies have all kinds of slogans referring to their truthfulness, accuracy and fairness. They promote their news channels with action filled non-commercial commercials where the presenters talk about quality journalism, about wanting to uncover the stories, to see the action and bring it to the audience in a first person, unfiltered manner.

And most people just eat what they are given.

But what if the food isn’t clean? What if the media is not presenting fair and balanced, no-spin news?

Many are beginning to recognize problematic journalism, inaccuracies and sometimes outright lies. The journalists are presenters rather than reporters, their “investigations” are more propaganda than anything resembling ethical, investigative journalism. Research and fact checking are considered passé. When it comes to covering Israel, the lies are blatant. Prejudiced, unethical journalism has become the norm rather than the exception.

Countering the media mistakes and inaccurate reporting (read: lies) is a never-ending task. Stories with the same narrative, told and retold, become truth if uncorrected. The anti-Israel movement uses media stories as fuel for their actions, as justification for policies and propaganda to influence others to hate Israel. Hate incites terrorism and people die.

For Israel, it is literally a matter of survival to keep hold of the truth and make sure it is known to all.

The problem is that the lies are so insidious, they go far beyond inaccurate or slanted reporting. Often the lies are in what you are not being told.

Have you ever asked yourself, what are they not showing me? What else is here that they aren’t talking about?

Scenes like the conversation with the old man in Jenin are things you will never see on your television screen or get from any international mainstream media source. They don’t fit the narrative.

The media lies by publishing stories that are incorrect but also by omitting truths. The strange thing is that the truth is not hidden; one just has to look in order to see it.

Europeans and BDSers may be ignorant of Israeli reality or may simply prefer to believe the propaganda. In contrast, the terrorists know the truth. They understand the Israeli spirit. They believe our kindness and morality is our weakness and use it against us.

This is why Hamas and Hezbollah hide behind human shields. That’s why storing weapons and attacking from mosques, schools, hospitals and clinics has become their modus operandi.
They are willing to damage their civilians because they know that we are not willing to do so, that we prefer to hurt ourselves rather than hurt their innocent women and children.

They attack our children and try to kidnap our soldiers because they know that each child of Israel is precious to us. They know we will endanger ourselves in order to save even a single individual.

To the media, Israel is a war machine, not people. The media never shows the heart of Israel.
The terrorists know better.

The question is, what will you do the next time you hear something about Israel?