By ValleyPatriot on September 1, 2004Comments Off on What The World Owes Lawrence, Massachusetts 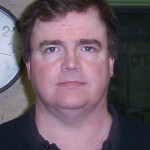 You probably don’t realize it, but if you live in Lawrence, you live in a place which should be as hallowed as Lexington and Concord, Gettysburg or Normandy.

If you have an ancestor who worked in the Lawrence mills in the early part of the 20th Century, you likely have an authentic American hero in your family.

One day, when I was in the 8th or 9th grade (memories of that dreary time in my life have perhaps mercifully become blurred), one of my teachers remarked that, shortly after the turn of the century, “All those Reds came to Lawrence.” And that, for the next decade or so, was about all I knew about the Great Lawrence Textile Workers’ Strike of 1912.

(A word about those “reds.” Before he became obsessed with conspiracy theories and health food, Dick Gregory was perhaps the funniest and smartest man in America. He once wrote how bizarre it was that America likes to smear some of its best people, such as civil rights and labor activists, as “communists.”

“Why don’t they call pimps and heroin pushers ‘communists’?” Gregory said. “If you really want to fight communism, why don’t you do that?” A good question, no?)

It wasn’t until after I had graduated from college that I learned the truth about “those Reds” in my own hometown. Befitting my status as a “maturing” lefty/bohemian (no more Rolling Stone for me), I started subscribing to the Village Voice, the first—and, as it turned out, last—“underground” newspaper in America.

When the first issue arrived in my mailbox, I wondered what the cover story might be: something about Bob Dylan, Andy Warhol or Allen Ginsberg, no doubt. Imagine, therefore, my shock when the cover story turned out to be about….Lawrence, Massachusetts!

It was an article about the Great Strike of 1912, but it was about more than that. The author of the piece, a 1960’s radical named Paul Cowan, posed a question: why did so many of the children and grandchildren of those who stormed out of the mills, manned and womaned the picket lines and endured clubs, bullets, hunger and hatred in 1912 come to adopt political attitudes so radically (in every sense of the word) different from those of their heroic ancestors?

It was a variation of a question I had asked myself more than once about the people of my hometown. Why did so many of them fall prey to the venom and lies of Charles Coughlin, Joe McCarthy, George Wallace, Spiro Agnew, et al—themselves, the direct ideological and attitudinal descendants of the goons, and bosses and supporters of the goons, who beat up their family members in 1912?

Unlike most on the left, whose patronizing condescension toward the working class provided a good part of the answer, Cowan looked deeper. He discovered that many people in Lawrence had not even been told about the Strike by their parents or grandparents. Many Strike participants were actually ashamed of their participation in an event which led directly to a better life for themselves, and indirectly for all American workers.

Most of the strikers in 1912 were immigrants, anxious to be “Americanized” as quickly as possible. Most feared (not illogically) deportation or jail if thought to be “subversive.” Most wanted to stay out of “trouble.” And most tragically of all, many wouldn’t even tell their own children of what they suffered, and what they won.

To this day, most Lawrencians and most Americans still don’t know what happened in this city in 1912, and what it means to our world today. They know, and care, a lot more about Carmella Soprano than about Camella Teoli.

May I suggest that you do yourself a favor? If you appreciate the fact that you and your children don’t have to work twelve hours a day, six days a week, in a brutal sweatshop, come to Campagnone Common in Lawrence on Labor Day. Enjoy the music and the fun of the Bread and Roses Festival (full disclosure: I’m one of its organizers), but also ask a few questions about what this “Bread and Roses” thing is all about. You just might discover that your grandfather or grandmother is an authentic American hero.