By Tom Duggan on May 29, 2017Comments Off on Woman Shot In The Back in Lawrence, Transported to Lawrence General 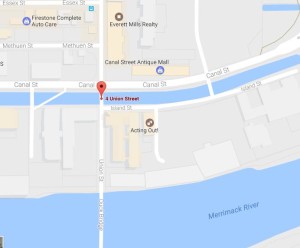 Police were called to an apartment building at 4 Union St. in Lawrence early Monday morning for a call of a man with a gun shooting inside the house.

The initial reports was that the wife and children were outside the building but when police arrived they found that the woman was still inside. Police had conflicting reports that the man fled in a Blue Honda but also that he was still inside the apartment building and may have barricaded himself in somewhere.

A sergeant at the building ordered all police cars to the scene immediately and an ambulance was called to transport one shooting victim to Lawrence General Hospital. Sources say the bullet did not enter her body and she is in stable condition.

Valley Patriot sources say that the woman was shot in the back. She is identified as 39 year old Yeri Lantigua. Police are looking for Eddi Hanburgo, 25-26 years old.

Lawrence police are searching for the Hanburgo not sure if he fled in a blue Honda or is still be in the building.

MORE as it develops.

Woman Shot In The Back in Lawrence, Transported to Lawrence General added by Tom Duggan on May 29, 2017
View all posts by Tom Duggan →