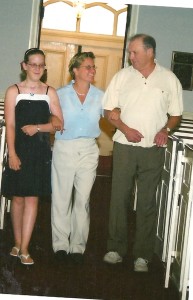 Whether or not you agree with or even understand a lesbian, gay, bisexual or transgendered (LGBT) lifestyle the American youth who identify themselves as part of it still needs our guidance and support. All youth do in our country. Recently the Human Rights Campaign (HRC) conducted a “ground breaking” survey of over 10,000 Americans between the ages of 13-17 to get a picture of the difficulties they face in our country.

We all know too well how bullying is an epidemic in our schools, but for LGBT students they are twice as likely to be verbally harassed at school than their straight peers. Many of them feel that their school and community are ignorant and close-minded when it comes to LBGT youth. The number one thing that these teens would like to change in their lives is intolerance and hate. The number one thing straight teens would like to change is their classes, exams or grades. Shouldn’t all youth be worried about those three things instead of the alternative?

LGBT face problems in their community, too. 47% of those surveyed said that they don’t feel they fit into their community and 4 out of every 10 admit that they live in a community that is not accepting of LBGT people. 57% say the places of worship where they live do not accept them and 45% believe their state government does not. These are institutions that are supposed to accept and support those it serves and yet we have thousands of our youth saying they are getting none. In fact, 92% said they hear negative messages about being gay from their community, churches, and politicians.

The HRC makes it clear that, “A strong base of support at home is critically important.” While many surveyed did feel that they were accepted by their family, too many, 33%, said that they were not. When asked what the number one problem they are facing in their lives right now, straight teens said college and career; LBGT teens said not being accepted by their families. I find this statistic particularly disturbing because I can relate to it and feel it should not exist. Being accepted by your family should be a given-PERIOD! One in three LBGT teens admitted that they do not have an adult they feel comfortable talking to about personal problems. With this fact, comes other problems. Because they have no one they feel they can turn to, even in their own families, 52% stated that they have turned to drugs and alcohol. Only 22% of straight teens have admitted the same. Most likely because they have a support system within their family because they have no fear of being judged, ridiculed or rejected.

Despite these disturbing statistics LGBT youth are surprisingly optimistic about their lives and the future. 83% feel that they will eventually be happy, but 49% said that they must leave their current community to do so. I don’t like the word eventually. Why do they have to wait to be happy, accepted or loved? Why can’t it be now? Tens of thousands of our young citizens should not be afraid to be open about their identity or ever hear disparaging remarks about it from anyone, especially those they live with and among. Those who are supposed to be giving them spiritual and political guidance should put their feelings aside and serve these youth as they promised to do when being ordained or sworn in. My parents, both devout Catholics, may not have agreed with my lifestyle, but they never deliberately said or did anything to make me feel less than loved or accepted. They truly modeled themselves after the messiah they worshipped. We, as a community, country, and human race have an obligation to give all of our youth the love, support and acceptance they need to be happy now and eventually become happy adults.