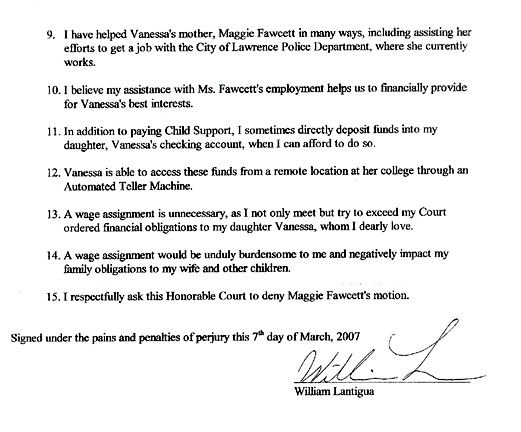 PAYING ATTENTION! WITH TOM DUGGAN By: Tom Duggan – February, 2010  Well, it’s been a while since I last wrote a column under this title, but maybe it was worth the wait. Last month’s special election here in Massachusetts was electrifying. But not just here in Massachusetts, all over the country people were energized and […]

Get your Sex on!

Stay At Home Dads By: Pete Baylies – February, 2010   Another source of tension for at-home dads and their working partners is lack of intimacy. While you may have thought that with the new arrangement there would be less craziness in your lives, it can still be exhausting for both of you. This on […]

Getting ready for future challenges

By: Joe Mendonca – February, 2010 The City Manager has begun to reorganize city government. The first change was to replace the Building Commissioner as the beginning of restoring integrity to the City’s Inspectional Services. The Manager appointed Rosemary Cashman (former Tyngsboro Town Administrator) as Interim Building Commissioner while a search is conducted for […]

Hero in Our Midst   By: Terry Crow Mercier – Fbruary, 2010 A hero is often considered to be someone in the forefront of a scenario and highly visible to a large audience. I want to tell you about a more behind the scenes kind of hero– the type of hero that so often goes […]

Help us, help you when your pets are on the loose!

By: Crystal Arnott – January, 2010 Each year thousands of animals go missing and are never reunited with their families. Without proper identification, many of these animals enter shelters and never make it home. There are many ways to ensure your pet makes it home after an adventure out of the house, and a […]

For the last several weeks radio talk show host Michele McPhee from 96.9 FM talk has made it her personal mission to force Willie Lantigua to resign from his State Rep. seat while also serving as the city’s mayor. McPhee has also ramped up her efforts to stop House Bill 4421, a $35 […]