Bullying in the Work Place

By ValleyPatriot on May 1, 2014Comments Off on Bullying in the Work Place 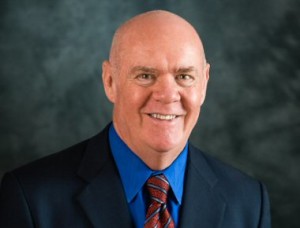 Clients often come in to my office to talk about a boss who uses intimidation, anger, or other aggressive behavior to manage their employees. They usually begin by explaining how stressful and unpleasant the working environment is, and they describe egregious conduct by the boss that makes it virtually impossible for them to perform their jobs. They state that, not only is it difficult to go into work, but even when they are away from the job they can’t live a “normal” life since they are unable to sleep at night or think about anything other than the job and how horrible it is. Sometimes the problem is complicated by the fact that the family needs the income, and the person is therefore unable to quit. This type of boss presents significant problems for the worker, but shockingly may not be engaging in unlawful conduct.

The employee often believes that the boss is harassing them, and is often surprised to learn that this type of harassment is probably not against the law. In these cases, I often have the unpleasant task of informing the client that “bullying” in the workplace, at least at the present time, is not unlawful in Massachusetts. What makes “harassment” unlawful is the fact that the harassment being complained about is motivated by an “unlawful animus.” This essentially means that the animosity is being directed toward the person because of their race, color, creed, national origin, sexual preference, gender, or some other “protected class” under Mass General Law 151B. If the conduct is simply because the boss doesn’t like the employee, or because that is the boss’s chosen management style, then it probably does not constitute unlawful conduct. Clients often can’t believe that a boss can actually use profanity or embarrass an employee, and not have it be unlawful.

From time to time, the Massachusetts State Legislature has proposed anti-bullying legislation. However, at least up until now, it has never even come close to passing. Bullying is certainly getting much more media attention these days (especially in school situations), but at least as of now, the issue is not being addressed within the workplace. Nonetheless, the victim of the harassment is not completely without remedies.

In some circumstances, even if the employee quits, they may still be eligible to collect unemployment. However, they will need to prove that they did everything a reasonable person would have done to solve the problem prior to quitting. Also the person might be able to file a worker’s compensation claim for work related stress, or a disability claim should the stress become completely disabling. Both of these latter options are difficult to sustain, but under some circumstances are successful.

If you or someone you know is working under these difficult circumstances, it is recommended that you discuss your options with a qualified and experienced employment attorney prior to taking any definitive actions.