By Tom Duggan on June 6, 2013Comments Off on Grand Jury Fails to Indict D’Ambrosia, Methuen Teen Freed After being Charged with Terrorism for Facebook Threats

An Essex County Grand Jury has refused to indict Carmen D’Ambrosio on state terrorism charges after the 18 year old Methuen High School Student posted what police say, were threatening messages in texts and on Facebook. The teen was released early Thursday.

D’Ambrosio was being charged under Massachusetts General Law Ch. 269, Section 14, a state (not Federal) statute regarded as “the terrorism statute” by police. It includes communicating a bomb threat or a hijack threat by means of electronic communication.

He was arrested May 1st and was ordered held on $1M bail after a dangerousness hearing before Lawrence District Court Judge Rooney.

Since then he has been hailed as a free speech poster boy by 1st Amendment advocates on line who hailed D’Ambrosio as a victim being persecuted by the government for expressing his views. 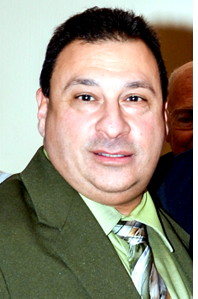 “I have just been advised of the Grand Jury decision from earlier today, where the grand jury did not issue an indictment on the high school threats case.”

Although we disagree with the Grand Jury’s decision we respect it. Several judiciary levels have confirmed the probable cause in this case as it has worked it’s way through the criminal justice system. We will continue to take all threats against our community seriously and will always utilize due diligence in our investigation.”

Solomon told the Valley Patriot in an exclusive interview Thursday evening that he had a great deal of respect for the students at Methuen High School who came forward to administrators about the Facebook postings.

“I commend the students who came forward with the information. We do not want to overlook how brave they were,” Solomon said.

The Chief said he did not want to comment further until he spoke with the District Attorney’s office about the particulars.

D’Ambrosio was arrested by Methuen police last month after Methuen High officials reported that “dozens of students” complained to Methuen High School assistant principal James Weymouth about the violent nature of D’Ambrosio’s Facebook posts, and that they viewed them as “threatening”.

D’Ambrosio faced up to 20 years for felony charges of communicating  bomb threats.

This is the second Methuen teen who had charges against them dropped or reduced after being arrested under state terrorism statutes. In January of this year  17 year old high school junior, Jacob Butze-Maille, was charged with terrorism after he made specific threats to commit a mass shooting at Methuen High School. (District Attorney Drops Terror Charge on Methuen Teen who made “Columbine” Threat)

His arrest was just days before the mass shooting at the Sandy Hook Elementary School in Newtown Connecticut.  (Solomon Prevents Another Columbine)

Police officials in Methuen say they stand by their work in trying to prevent major tragedies like the Sandy Hook shootings and the Columbine massacre. Officials point to the fact that D’Ambrosio wrote about “beating every murder charge” on facebook and specifically referencing the Boston Marathon bombing, the White House and given his history with law enforcement, their response was “appropriate.”

The Valley Patriot was unable to reach D’Ambrosio’s attorney.

Grand Jury Fails to Indict D’Ambrosia, Methuen Teen Freed After being Charged with Terrorism for Facebook Threats added by Tom Duggan on June 6, 2013
View all posts by Tom Duggan →