By Tom Duggan on October 31, 2017Comments Off on Judge Denies Restraining Order Against Valley Patriot Newspaper/Columnist By Public Employee

Cooke is a public employee with the Massachusetts Board of Registration in Medicine, and is intimately connected to a case involving Dr Padmanabhan’s license to practice being suspended by the board. Padmanabhan has chronicled the board’s actions extensively over the last few years in the printed pages of this newspaper.

She failed to prove even one of the legal elements of harassment.

A FRAUD ON THE COURT 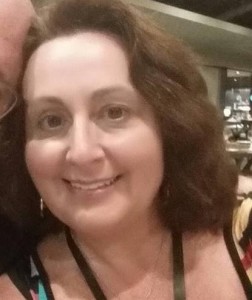 Cooke began in open court by complaining about the presence of Valley Patriot publisher Tom Duggan in the courtroom and told the judge that pictures taken by Duggan at the hearing was only the most recent instance of harassment, saying Padmanabhan orchestrated Duggan’s presence in the courtroom to “intimidate” her by taking her photo.

Judge Uhlarik asked Cooke how she knew Dr. Padmanabhan had conspired with Duggan to take photos in the courtroom for the purpose of intimidation, but Cooke replied that she merely inferred the harassment because Padmanabhan “works for The Valley Patriot as a blogger.”

The judge asked Mr. Duggan to approach the bench in a sidebar conversation asking Duggan his purpose in the courtroom and then recessed as court clerks called the Supreme Judicial Court to check the press credentials and see if Duggan was registered with the court to take photos during session.

The Valley Patriot registered with the court in 2012 when Superior Court Judge Cornetta instructed Duggan in open court to register [during a first amendment lawsuit] before he was allowed to continue covering that trial. Those credentials were provided to Judge Cornetta and Duggan was allowed back in his courtroom.

Nonetheless, Mr. Duggan’s registration could not be found and Judge Uhlarik told Duggan that he could remain in court, but that any photos taken that day had to be deleted and that no more photos could be taken.

Judge Ulharik asked Cooke if she had any other instances of harassment by Dr. Padmanabhan or The Valley Patriot.

Cooke said that Duggan harassed her “numerous times” appearing at the Board of Medicine hearings on “multiple occasions”, taking photos of her in her “workplace” and publishing stories about her.

[EDITORS NOTE: The Valley Patriot only attended one hearing with the Board of Medicine and only took one photo of Cooke seen above. That photo was never published. Ms. Cooke’s name has never appeared in The Valley Patriot newspaper, either on-line or in print.]

“This woman is a public employee. She has apparently forgotten what the word public means,” Dr. Padmanabhan said.

Judge Uhlarik asked Cooke several times if she had any other instances where she was harassed by Dr. Padmanabhan or Mr. Duggan, to which she finally admitted “no”.

“That’s not harassment, anything else,” the judge asked.

“No”, she replied again after pausing.

Hearing that, the judge ruled that Loretta Cooke had no legal claim of harassment against either the paper or columnist Dr. Padmanabhan, and ruled that no restraining order would be issued, dismissing the case.

Cooke was the lead investigator in that case and statutorily mandated to conduct an impartial investigation on behalf of the taxpayers.

Instead, Padmabhan claims, she saw her duty as aligning herself with his employer, Rachel Nardin at Cambridge Health Alliance in Cambridge.

Documents show that Cooke coordinated closely with her to present Ms. Nardin’s narrative as the board’s own independent result, which records show it was not.

Eventually the board enlisted the help of another investigator who simply rewrote Nardin’s original report and never interviewed or adequately investigated Padmanabhan.

“So we have an alleged investigation where one party was never contacted at all. One side of the story was never sought. I submit that was not an impartial investigation, what she did was carry the water for one party and now that she’s being sued she wants to silence me.”

“From that point in 2013 to today we have never said a word to each other or even shaken hands, which makes the report that she was harassed by me to be a perfect example of a fraud upon the court.”

Padmanabhan says he will be filing a criminal complaint against Cooke for filing a false police report and making fraudulent claims to the court.

“As a physician, even a hint of violence against women or harassing women would mandate me to report every time I go to  a job. This could have done me great professional harm. I argue the allegation alone has already done me harm. I believe that’s why she tried this foolish action against me and a newspaper that has never even published her name. She knows I have a lawsuit against her and the board. She is desperately trying to not only destroy my credibility for that lawsuit, but prevent The Valley Patriot from reporting on it. She failed, and now I believe it will be easier for me to get Mr. Duggan to cover this case, as he has been somewhat reluctant to do so up until now.”

Dr. Padmanabhan continued to see his patients for over seven years without being paid after the board suspended his ability to bill insurance.

His lawsuit against the Board of Medicine will be covered extensively by The Valley Patriot.

[The Valley Patriot has never lost a case in court after 8 appearances in 8 different cases involving the first amendment and other issues.]