By Tom Duggan on November 9, 2010Comments Off on Local, National Leaders Honored For Protecting Children 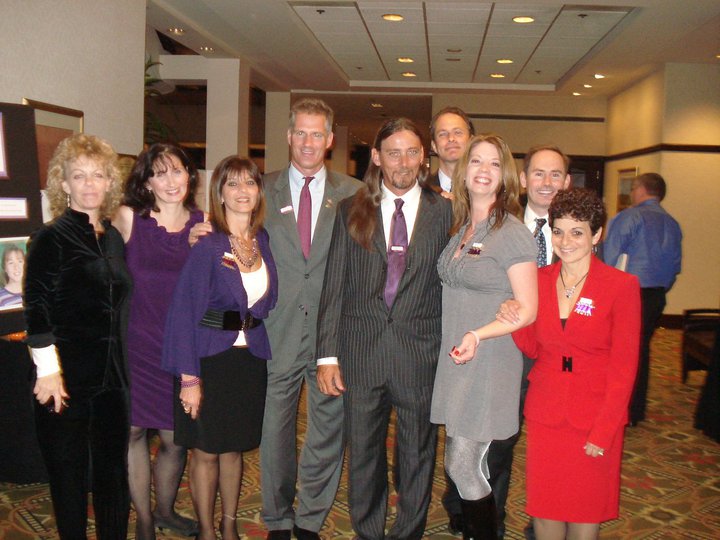 Community VOICES a Victims’ Rights organization whose mission it is to raise awareness of child sexual abuse, missing and exploited children and Internet predators honored the Littleton Massachusetts Police Department with the Community VOICES Jeffrey Curley Dedicated Service Award. They received this award for their exemplary performance in 2009 that prevented the abduction of a 12 year old Littleton girl by Daniel O’Brien who traveled to Littleton from Virginia after meeting the young girl on the internet.

O’Brien was convicted of Attempted Kidnapping and Child Endangerment in June of 2010. The award was presented during the Community VOICES Awards Ceremony at the Doubletree Hotel in Waltham Massachusetts on October 15, 2010 and was named in honor of Jeffrey Curley, who was murdered in 1997. It was presented by his father Robert Curley. The event was attended by U.S. Senator Scott Brown, Massachusetts Senator Richard Ross and Representative Jim Arciero.

Littleton Police Chief, John Kelly commented “The members of the Littleton Police Department, through the efforts of Lt. Matthew King, Detective Jeff Patterson and Detective Matt Pinard, humbly accept this award, named in the memory of Jeffrey Curley and presented by his father, Bob Curley. The efforts of the Littleton Police Department in this and all of our work is in partnership with our citizens, who continuously support us by providing our officers with the training and equipment that is needed to effectively provide law enforcement services. Due to that support this award belongs to our community, as it is reflective of the core values of Littleton and the unity of its members.”

The following people were also recognized with the Community VOICES Spirit of Compassion Award for their efforts in passing the Massachusetts version of Jessica’s Law, mandatory minimum sentences for those convicted of the most heinous crimes against children, Mark Lunsford, father of Jessica Lunsford who was murdered by a repeat sex offender in Florida, and Stacie Rumenap, President of Stop Child Predators in Washington D.C., And former Middlesex District Attorney Michael Chinman who was the first prosecutor in Massachusetts to successfully indict and prosecute a case under Jessica’s Law in October of 2009.

Stacie Rumenap commented “One in five girls and one in ten boys are sexually exploited before they reach adulthood. The number of registered sex offenders in the United States is enormous—more than half a million—and the average child sexual offender exploits anywhere from seven to more than 200 victims in his or her lifetime.

Yet despite their potential to repeat their crime, the average child molester is released into society after serving just three years of prison—and after receiving a sentence of seven years, according to the most recent available data from the Justice Department.

Thanks to groups like Community Voices who combat the exploitation of children, and work to ensure public safety, Massachusetts’ communities are safer. Mark Lunsford and I are honored to accept the Spirit of Compassion Award. We look forward to continuing our partnership with Community Voices to keep Massachusetts’ families safe from child predators.”

Laurie Myers, President of Community VOICES and Debbie Savoia Vice- President, commented “We have been fortunate enough to have these amazing people in our communities who have dedicated their lives to the protection of our children.”