By Tom Duggan on October 30, 2013Comments Off on Methuen Voters will Choose Two of Three Candidates for City Council in West End

Once thought to be unbeatable, incumbent West End City Councilor Sean Fountain now has a fight on his hands to be re-elected.

With Jeanne Pappalardo unable to run for re-election because of terms limits, voters will have to choose two of three very popular polls.

Sean Fountain: Fountain is a firefighter in North Andover and is seeking a second term on the Methuen City Council.

He served as Council President for one year, and has been active in youth sports as well as advocating for seniors. For sure, Fountain has been one of the most proactive councilors in recent memory. He voted to remove City Solicitor Peter McQuillan and initially voted for Richard D’Agostino to replace him.

When that vote failed and it became clear that McQuillan had sabotaged the hiring process, however, Fountain refused to support a fellow councilor’s motion to investigate the shenanigans of McQuillan, angering those who expected him to follow through and call for accountability.

Fountain has been one of the biggest supporters of fire and police, and under his leadership the Joe Solomon lawsuits were settled and the animosity that existed between the public safety officials and the city council no longer exists.

He has also been unfairly targeted by the Eagle Tribune for not playing ball with their reporters and as such has been victimized by several slanted stories (some not true) designed to hurt his candidacy.

Unlike his colleague Jamie Atkinson in the Central District, Fountain does not defend political hacks behind the scenes and says he is committed to being the voice of voters, not political insiders.

“They want to go along with status quo, and I’m one who thinks things need to be changed. Obviously, we need more voices and more participation out there to move the city forward, but that’s not easy when people inside are doing everything they can to keep everything the same. I think what I was surprised about the most when I first took office was discovering that Methuen is a very cut-throat arena for politics. It’s very unforgiving and dangerous to try and make changes. That’s what you are up against if you want to make change and I am willing to take on that fight, but a lot of people get discouraged and you can hardly blame them given what goes on behind the scenes.” 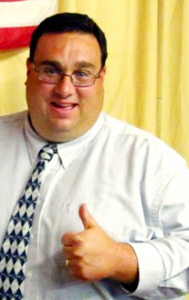 Kenneth Willette – Willette has served as an at-large city councilor, and a school committee member topping the ticket city wide each time he ran. Funny thing about Willette is that he rarely raises any money for his campaigns and spends almost no money at all defying conventional wisdom. He runs a grass roots organization of a handful of friends and family members, but is loved by seniors in Methuen for his conservative, anti-tax agenda.

As the former legislative aide to Former Representative Arthur Broadhurst, Willette understands not just municipal and school budgets, but he also understands the process of state funding, state grants to municipalities and has contacts at the state house.

Willette has attacked the current city council saying they failed to take measures to save the taxpayers money and says if he is elected he will be the fiscal watchdog voters know him to be.

“Many reform proposals have collected dust over the past two years,” Willette says. “Joining the GIC, partnering in a regional 911-dispatch center, outsourcing the IT department, etc. These proposals would have collectively saved Methuen taxpayers millions of dollars. A new city council, sworn into office January 2014 and hopefully composed of a majority of reform-minded and fiscally conservative leaders, will immediately tackle these proposals once again within a 100 day window before the FY 2015 budget deliberations. We are failing the taxpayers by not fulfilling regionalization, consolidation, outsourcing and efficiency benchmarks. 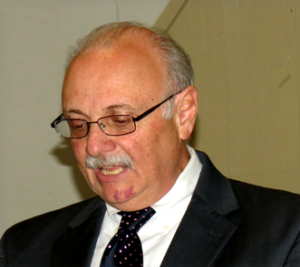 George Kazanjian – A former member of the school committee, Kazanjian is an accountant by trade, and says it’s his accounting background that the city needs on the council.

Kazanjian says that the current city council does nothing but argue, get involved in petty personal beefs, and doesn’t seem interested in cutting the budget or lowering taxes.

Asked how he would lower taxes and maintain services in town with health care costs, gas, energy and other essentials getting more expensive every year, Kazanjian said it’s a matter of being “diligent at budget time.”

How do we do it? How do we make the increases and improvements we need and guarantee continuity for senior services and public safety? That’s the process of analyzing the budget; ripping it apart piece by piece and getting to what is really there. I’m an accountant and I have gone thought the budget process as a school committeeman. I know how to do it. My experience and education is in that area. I understand money and budgets and I can find things that area sometimes buried in budgets. That’s why I think the voters should elect me.”

Methuen Voters will Choose Two of Three Candidates for City Council in West End added by Tom Duggan on October 30, 2013
View all posts by Tom Duggan →