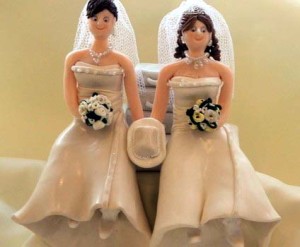 Last month Valley Patriot publisher Tom Duggan posted an article on Facebook about a gay teacher who had been fired from his position at a Catholic school.

Just as Tom hoped, the comments came flooding in fast and furious and with a great deal of misplaced passion. The perspective of heterosexuals on the gay community is so ignorant and shallow that it’s staggering. The article was about losing a job because of ones sexuality NOT about one’s acts of sex and yet, each and every time homosexuality is brought up around heterosexuals more than one of them reduces being gay to nothing but sexual activity.

Being gay is not about sex, it is about being physically AND emotionally attracted to the same sex. It is about finding a deep and spiritual bond with another person, developing and nurturing a relationship, making a lifetime commitment and for some, raising a family. It is NOT, as Tom pointed out, about people who ‘choose’ to “engage in same sex activity”. The people who do this are not looking for a meaningful relationship; they are looking for sexual release. Big difference!

Erin Kelley who commented on Tom’s post was upset because her daughter came home and told her that her teacher was gay. When Kelley asked how she knew, her daughter said the teacher mentioned that she had a wife. Kelley said that she didn’t have a problem that the teacher was gay; she was upset that her child knew her teacher’s sexual preference. You’re lying Ms. Kelley. You DO care that she is gay because you wouldn’t have given it a second thought if the teacher were a man mentioning his wife. Cheryl Wahlgren added that she didn’t think, “children needed to know teachers sexual preference or that their teacher has a sex life.” Really? I’m willing to bet one or more of your teachers mentioned their spouse and/or children when you were sitting in their classroom. Did the thought of them having sex with their spouse ever enter your mind? Adding to that, if you are out and meet and engage in a conversation with a man who mentions his wife, do thoughts of their sexual antics dance around in your head? I highly doubt it. If a teacher’s sex life entered students’ minds, then pregnant teachers should hide at home until giving birth.

But when it comes to homosexuals, many heterosexuals can’t get their minds out of the bedroom. They consistently fail to see the man or woman standing before them. They gloss over the highly educated instructor, the skilled surgeon, the hard working retail manager or the dedicated civil servant. They ignore the person’s God given talents, their dedication to being the best citizen they can be, their commitment to their spouse and, if applicable, their children and seem to only think, “their sleeping with someone of the same sex”. I find that disgusting and petty.

The fact is teachers do talk about their personal life. They mention friends and family, as it is applicable to the curriculum. And students ask about their teacher’s personal life because they want to know the person, not just the teacher standing in front of them. Highly educated professionals, for the most part, use great judgment in what it is they share with their students and it is usually age appropriate.

My wife and I like to travel and we purposely go to places that relate to my curriculum: Rome, Mexico, Puerto Rico, London and hopefully next summer Istanbul. When studying these places with my students, I discuss the trip I took with my wife and I share the wonderful things we learned about the culture and its history. It makes me a more credible educator and the kids really love the fact that I’ve actually been to the places they are learning about. The fact that I’m gay has NEVER come to the forefront of the conversation about my travels. Teachers also sometimes discuss when their own children finally understood something that the students sitting in front of them are struggling with to let them know that the will get it, too. It has nothing to do with being gay and everything to do with being human and making connections and being a good educator.

I’ve said it before and I’ll say it again: I am gay. I am a mother, teacher, daughter, sister, aunt, writer, golfer and I am a human being. To be reduced to one’s sexual activity simply shows how perverse a person’s perspective on being gay really, really is.