By Tom Duggan on October 18, 2013Comments Off on Police Officers Deserve Cheers Not Jeers! 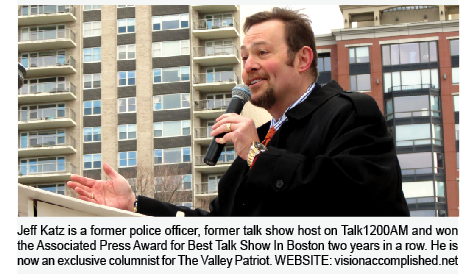 It should be a great time to be a Boston police officer according to all of the spin that I’m reading about the more than 25% pay hike which is supposedly going to come their way. I’ve heard the nasty whispers about “those greedy cops” and the ugly rumblings asking “what makes them think they deserve that?”

First, let’s be honest about the type of person who becomes a police officer. As an ex-cop myself, I know that these are good, decent honorable men and women who want to make a difference. They are motivated by a sincere desire to help their community and all they ask is to be fairly compensated. People don’t become police officers to get rich and this pay raise will not change that. Even with the pay increase which the Boston cops may get as a result of the arbitrator’s ruling not a single cop could be considered wealthy.

Please don’t forget that nobody calls the police when they are having a good day. There’s not a single example of someone who won the lottery, headed home to bake cookies and then decided to ask the local officers to come over and help celebrate. When someone is being punched or kicked the cops get called, not Domino’s. If you’re being stabbed or shot, you’ll want to reach out for someone on that thin blue line. The junkie who breaks in to your house and soils your kitchen table and himself results in a call to your local constabulary, not MaidPro. Those heroes in the cruisers don’t have the choice of answering yes or no when they are told they are needed to deal with the drunk who has puked on himself. Sorry, no chance to pull a vanishing act when you’re dispatched to Boylston Street because two cretins decide to show their love for America by blowing up small children with pressure cooker bombs. In what other profession can someone suit up for the day, go to work and not know if they are going to come home at the end of their shift? Each of these brave men and women puts on a uniform that makes them an easy and visible target but does not endow them with any super human strength.

For twenty years Tom Menino has been the Mayor of Boston and for twenty years he has demonstrated his ongoing contempt for Boston’s finest. As a matter of routine, Menino has refused to bargain in good faith with the Boston Police Patrolmen’s Association. Over and over and over again, Menino has made sure that he’s stood in the way of honest negotiations. I don’t know why. Maybe he doesn’t like BPPA President Tom Nee. Perhaps he got popped for speeding? I suppose it’s possible that he actually explained it, but none of us were able to decipher those mumbles.

Don’t blame the cops or their union. This is Menino’s true legacy. Who knows, maybe the next mayor will see fit to negotiate in good faith with the boys in blue. In the meantime, remember that we owe our police officers as much as we can afford to pay them. And also remember that no matter how much we pay them, it will never fully compensate them for what they do or the sacrifices they make.

May G-d bless and keep all of our cops safe.