By Tom Duggan on October 2, 2015Comments Off on Superior Court Judge Nullifies Recall Petitions vs Dan Rivera, Orders Election Board to Hold Hearing on Challenged Signatures 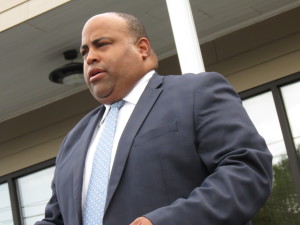 The saga of the attempted recall of Lawrence Mayor Dan Rivera got more complicated Friday as a Lawrence Superior Court Judge put a stop to all recall activity ordering the Lawrence Board of Registrars to hold a hearing on signatures collected on an affidavit.

Recall supporters who wish to remove Rivera from office were required to turn in 100 affidavits from Lawrence voters asking for a recall election and outlining their reasons.  Rivera challenged the signatures on the 100 affidavits but City Clerk William Maloney issued blank recall petitions to the group running the effort after the City Council President ordered him to do so above Rivera’s objections.

The recall affidavits were submitted by Funeral Home Director and Atty. Louis Farrah on behalf of a group calling themselves The Foundation for Transparency in Government. They argued in court that because the Lawrence City Charter does not specifically state that the mayor can challenge the signatures on affidavits, Mayor Rivera has no legal right to object and the ruling of the Board of Registrars not to hear his challenge of the signatures, must stand.

But, Lawrence Superior Court Judge Mary Ames said that Rivera did have a right to challenge the signatures under state election laws because, Ames said in her ruling, “Permitting [the city] to present blank recall petitions and ignore Rivera’s objections to the underlying recall affidavits, would render the requirement of an affidavit a “nullity” (or inconsequential).

“Allowing such a result would be to lose site of the purpose for which the recall affidavit provision of the charter was made, and would ‘thwart rather than secure a true expression of the popular will.'”

It defies common sense to conclude that Mayor Rivera may object to the signatures on the recall petition, but is not permitted to question the validity of the foundation upon which the signatures were obtained.

“For these reasons Mayor Rivera has demonstrated that he is entitled to a hearing on his objections.”