By Dr. Charles Ormsby on May 20, 2013Comments Off on THINKING OUTSIDE THE BOX – Are Statist Leftists Allies of Radical Islam? 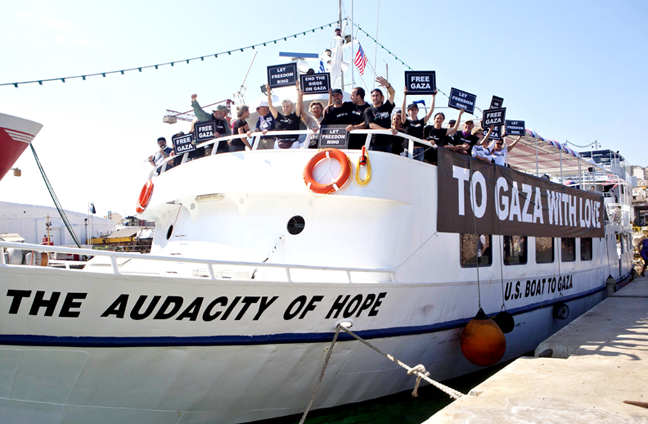 The world has long had wars between good and evil. Those who share the ideals of our Founding Fathers can usually spot which side is most aligned with the good and which with the evil.

For example, we have an on-going war against Islamic terrorism. In this case the evil side is pretty clear to most of us. The U.S. may not be perfect, but we don’t embrace the depravity that is enthusiastically supported by radical Islam: the slaughter of innocent civilians, the enslavement of women, the murder of homosexuals, and the tyrannical destruction of basic human liberties.

Oddly, the statist left in the U.S. seems inclined to offer aid and comfort to Islamic extremists. The left is unable to even associate the terrorism that we face with Islam, despite the fact that well over 95% of the terrorist acts we have suffered are clearly traced to radical Islam.

The few terrorist acts that originate outside of radical Islam can and should be handled separately. It is the coordinated aspect of the Islamic terrorist threat and its international scope that justifies our focus on Islam and that defines our enemy in this war.

As long as the perpetrators of these attacks fight against us in the name of Allah and their ranks are overwhelmingly made up of radical Muslims, the enemy in this war is radical Islam. It cannot be otherwise!

Are leftists actually allies of radical Islam (making them traitors), or are they idiots, unable to grasp these basic concepts and identify our enemy? Or, maybe they are just cowards, too fearful to confront a violent enemy?

Since there is a history of leftists fighting ideologies they deem a threat to their collectivist world view (e.g., opposing Hitler, but only after he attacked the Soviet Union), cowardice is not likely an adequate explanation.

Leftists support and give comfort to our enemy in the War on Terror either because of a partial overlap of ideologies or due to idiocy.

I think the real explanation is a combination of the two: specifically, idiocy driven by ideological overlap.

Leftists are often blinded by their need to protect, defend and advance their sacred beliefs whenever possible.

Here are the sacred beliefs that statists must always promote:

1. Collective decision making (through governments) is the primary, if not the only, mechanism for organizing human societies and controlling human actions

2. Everything of value should be “owned” collectively and, therefore, there is no right to private property

3. Most of the world’s evils are the result of Capitalism (especially its support of and dependence on private property) and the classical liberal tradition that gave rise to and is the defining characteristic of Western civilization.

These beliefs are fundamentally inconsistent with individual liberty.

Leftists know that they are in a war with the founding principles outlined in our Declaration of Independence and our Constitution, and with the broader tenets of Western civilization.

So is radical Islam.

Leftists may not share many of the specific beliefs of Islamist militants, but they share a common enemy – the ideas that define the United States.

Leftists are protective of the Islamist extremist movement because “the enemy of my enemy is my friend.”

When you read reports of statists/leftists taking actions or supporting positions that are obviously irrational, I’m sure you often have the same reaction I do. You say to yourself, “That is idiotic!”

Their statements and actions may appear to be idiotic to those of us who share American values, but they may be the only alternative available to those who are blindly committed to the irrational philosophy outlined above.

Consider the following reactions of leftists to major terrorist attacks:

The Fort Hood shooting? Avoid any association with our friends the terrorists, especially if it embarrasses our statist leader and undermines our war on Capitalism and individual freedom. Blame it on workplace violence even if the shooter was in contact with and was inspired by foreign Islamic terrorists.

The attack on Benghazi? Must be the result of an anti-Muslim video (a twofer: protect the Islamic terrorists while placing the blame on anti-Muslim bigots). Of course it was obvious from the beginning that this attack was the handiwork of Muslim extremists. Even CNN now reports that three or four al Qaeda fighters participated in the attack. For leftists, their participation must have just been a coincidence.

No one with a shred of intelligence would have similar reactions to these events unless their brains had become so twisted by an irrational ideology that it was impossible for them to form rational conclusions.

But this phenomenon – where logic is turned on its head – is not confined to the left’s complicit behavior with our enemy in the War on Terror.

They were SOFT on Communism during the cold war. Same reason.

They consistently DEFEND the most indefensible government spending/waste. Same reason.

So, when you read the news or watch it on TV and you find the lefties supporting our enemy or taking a totally idiotic position on an issue that Mickey Mouse could have grappled with more sensibly – take pity on them. Their brain has been rotted by a political philosophy that is so illogical and evil that they can no longer deal with reality using their rational faculties.

This IS the definition of mental illness.