By Tom Duggan on July 30, 2013Comments Off on Condon Retires from Methuen Politics Will not Seek Reelection 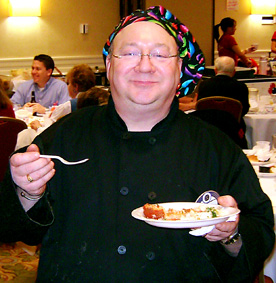 Methuen At-Large City Councilor Mike Condon told The Valley Patriot today in an exclusive interview that he is not seeking reelection as a city councilor this year and is retiring from politics for good.

Condon said that after the death of his father Edward A Condon and his best friend Arthur Hutton this summer he has lost interest in politics and his perspective on life.

“I got all the signatures but I’m not turning in my papers,” Condon said.

“When I lost my father and my best friend Arthur Hutton in the last few months I took on a whole new perspective on life, and politics isn’t part of it. It’s time for new people, younger people, to get involved and that’s what’s best for Methuen. My heart just isn’t in it so I am going to concentrate on my family and my business.”

Condon and his wife Leanne own the Sweetheart Inn on Myrtle Street in Methuen.

“I haven’t talked to anyone on endorsements and I really don’t know what I am going to do yet. I just made my decision last week, and it was tough because I love politics. But at this point in my life I’m going to be 58 years old in a few weeks and I just want to take a different direction in my life, I have a new perspective now so maybe I will do that but I just don’t know.”

“I just don’t have the fire in my belly anymore, my dad was my mentor and Arthur was my best friend, they were two of the most important people in my life other than my wife.”

Condon said people can know without speculating that he will not be back and will not run for office again saying this is his “permanent retirement from politics.”

“I won’t be back, this is it for me. This is officially my final announcement of my retirement from Methuen politics, it’s for good.”

Condon was a city councilor for six years and had to step aside because of term limits but came back in 2011 and secured his seat on the council again. He also was a member of the Greater Lawrence Technical School Board and a member of the Essex County Charter Commission when county government was reformed.

“Being an elected official has been a very rewarding experience, I don’t regret anything,” he said.

“I am finishing out my term, I love my city and people have been very good to me here. I have always tried to do the right thing whether controversial or not. But it’s time for new people with new ideas to get involved and make a difference instead of the same faces all the time. Methuen needs new blood. There are a lot of good people running I wish them all the best. But this just isn’t for me anymore.

Condon said he is not leaving Methuen, “you will still see me around, I will be at the Sweetheart Inn with my wife Leanne until I retire. Methuen will always be my town. That’s why I always said when I ran that I was for ‘all of Methuen’. I’ve been in politics now for over 16 years and I loved it, I want to thank everyone who ever supported me and had faith in me as an elected official. I will miss it but it’s time for me to move on and give other people a chance to serve the city.”

Still No Investigation, No Answers on Jamie Atkinson Scandal

Condon Retires from Methuen Politics Will not Seek Reelection added by Tom Duggan on July 30, 2013
View all posts by Tom Duggan →